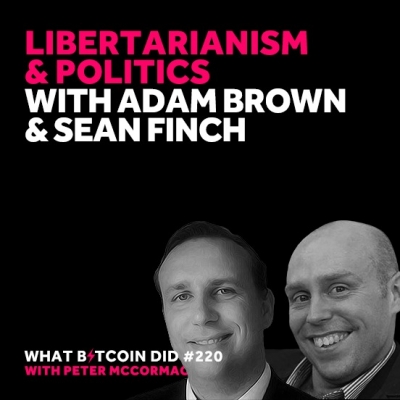 Long before Bitcoin dropped on the world, libertarians have criticised government-issued fiat money, arguing that it goes against their core beliefs of political freedom and autonomy, viewing gold as a superior currency. Many libertarians were early to Bitcoin, understanding its sound monetary policy.

I have spoken with many US-based libertarians, but like any political movement or philosophy, there is no one size fits all approach, and the libertarians range in their beliefs from full anarcho-capitalists to minarchists. So, I wanted to get a different perspective from libertarians in the UK, engaged in the political process to ultimately reduce then bring an end to the state.

In this interview, I talk to Adam Brown & Sean Finch, the party leader and coordinator for the UK Libertarian Party. We discuss the current political landscape, the push for less government, healthcare and freedom of speech.