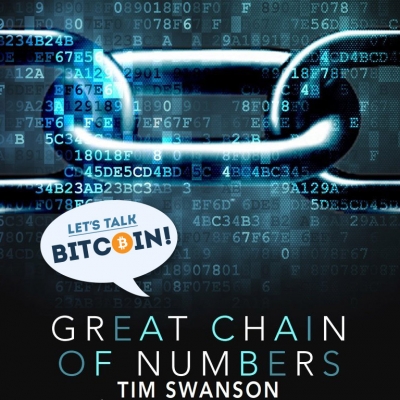 Let's Talk Bitcoin! Episode 116: ...and a Great Chain of Numbers with Tim Swanson

Shownotes for LTB #116 - ...and a Great Chain of Numbers
6/7/2014
On Todays episode: Adam and Stephanie Interview Tim Swanson, author of Great Chain of Numbers and Crypto-enthusiast skeptic.  Tim has also written a partner piece to his appearance on LTB entitled A Marginal Economy versus a Growth Economy that further illustrates his viewpoint.


NOTE: We're pleased to announce the launch of the Let's Talk Bitcoin! iOS app, now available (for free of course!) in Apple's App store.   It is designed specifically for iPhone 5s, but its compatible with the full range of apple mobile products.   (Android app is next!)