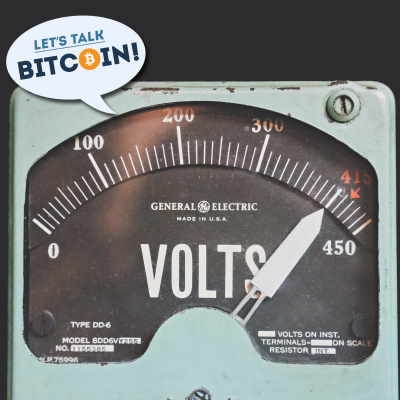 Although some believe bitcoin mining is a wasteful activity, on today's show we dig into the relative world of constant fuel production, lumpy demand and bitcoin based load balancing.
After years of bitcoin mining domination by china-based miners, some US power producers, both professional and incidental, are beginning to get into the game as a way to be more green. It's a narrative reversal if ever we've seen one and if proven successful by the early players could change the bitcoin mining landscape as we know it.
But even without a "Green Bitcoin" narrative in the US, one of China's two major mining advantages has evaporated as Moores Law stretches out the useful lifespan of modern bitcoin miners hardware.
Correction: Before installing miners, Greenidge Generation previously shut down during off-peak season, during the episode Adam incorrectly stated that it previously shut down during off-peak hours.
Today's episode features Andreas M. Antonopoulos, Stephanie Murphy, Jonathan Mohan and Adam B. Levine
This episode features music by Jared Rubens and Gurty Beats. Today's show is edited by Jonas, and sponsored by eToro.com
Photo by Thomas Kelley on Unsplash