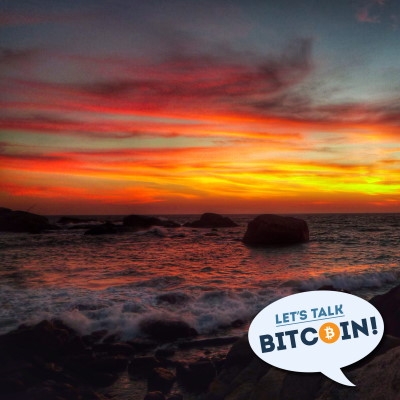 Join Adam B. Levine, Andreas Antonopoulos, Stephanie Murphy, and Jonathan Mohan for a first-look at a particularly draconian law that's been proposed in India.

Thanks to Purse.io for sponsoring this episode of Let's Talk Bitcoin!

Join the Let's Talk Bitcoin! team for a live recording at the Blockchain Training conference

On today's show, we're digging into recent disturbing developments out of India with what can only be described as the most draconian cryptocurrency law we've ever seen proposed. India

“I have the quote here: whoever directly or indirectly mines, generates, holds, sells, deals and transfers, disposes of or issues cryptocurrency shall be punished with a fine or imprisonment, which shall not be less than one year, but which may extend up to 10 years or both.” - Adam B. Levine

“This is worse than Venezuela. Worse than North Korea. I mean, it is astonishing. This is not a law yet. This is a proposal, but there's a very good chance it will become law.” - Andreas Antonopoulos

“It's really, really disappointing. [...], It's worse for the billion and a half people who desperately need this type of technology in their country, and the hundreds of thousands of people who worked in a thriving industry that was doing incredibly good work.” - Andreas Antonopoulos “...how it's enforced is intimidation. Selective prosecution. It gives them a mechanism to impose extremely harsh punishments on people who are political dissidents” - Andreas Antonopoulos “..the moment this law passes, every Indian desperately needs Bitcoin. [...] your government is signaling exactly what it's going to do next with money. If you're on a cruise ship and the captain says lock down all the bulkhead doors and burn all the lifeboats, you're like, what are you planning exactly!?” - Andreas Antonopoulos

“Do you think that this is going to cause Indians to do a monetary rebellion where they all turn into anarcho-capitalists or whatever? Not going to happen. Quite the opposite, in fact. So it's really a huge disappointment for an industry that was thriving and is now basically dead in a very important country in the world.” - Andreas Antonopoulos

“Basically, the Venezuelan crisis is a self-inflicted crisis. It's something that for years the policymakers of Chavismo (the ruling party of Venezuela) heard from advisors. If you print more money if you spend unlimited amounts of money in social services and social policies that you can't measure the effectiveness of, [...] you're not going to be able to survive. You're not going to be able to maintain the economy.” - Alejandro Machado

“Venezuela has always been a country rife with corruption. So what happened was that most of that money was just stolen by individuals, by companies, by people with access to government.”

“Venezuela had an oil boom that lasted quite a bit, and especially from 2011 to 2014 or so, the state had so much surplus of money. They believed they were invincible. So they were reckless about printing money, but they were also reckless about spending the money that they had, stashing it away in tax havens and so on.” - Alejandro Machado

“When we talk about hyperinflation, we talk about an inflation rate of over 50 percent month over month. So if you can imagine something costing you $10 today, next month it costs $15. Now in

“People still use bolivars in Venezuela, because it is the currency that is the most widespread. Ordinary people don't have access to dollar accounts. So it is very hard for them [to] just accept dollars. There's a perception that the government will crackdown on this. There is fear.” - Alejandro Machado

“To give some scope, depending on the day, there’s four, five, six, seven, eight times more volume traded on Localbitcoins in Bolívar than on the stock market in Caracas, which is a low bar because there's not a lot of activity on the Caracas stock market.” - Alex Gladstein “What we would like to do with the Open Money Initiative is to broaden access to the systems that exist today that are permissionless, that are available to anyone, and lower the difficulty of use.” - Alejandro Machado

“[...] because the people that most need this, they have older phones and they don't have computers. They're not very tech savvy. So how can you make something like what WhatsApp did in the product space for money management and sending and receiving money?” - Alejandro Machado

“Infrastructure is collapsing and we're losing a lot of connectivity and now there's blackouts. So every day it gets a little harder. But there is still enough penetration of smartphones and Internet in the country that it would really make a difference.” - Alejandro Machado “I think people will always remember that relentless money printing and hyperinflation and all of these crises was something that could have been avoided by taking responsibility for yourself.” - Alejandro Machado

“What we need is for Bitcoin to be liquid in global markets so that if in one specific country there is a loss of freedom, there is a loss of ability to trade your money for another arbitrary currency, then there is always at least the option to trade your money for Bitcoin.” - Alejandro Machado “What we need to do is to make sure that this grows from very new and very specialized knowledge to something that everyone can benefit from.” - Alejandro Machado

This episode was sponsored by Purse.io and BlockchainTraining.org Music for this episode was provided by Jared Rubens and general Fuzz, with editing by Steven Aram.