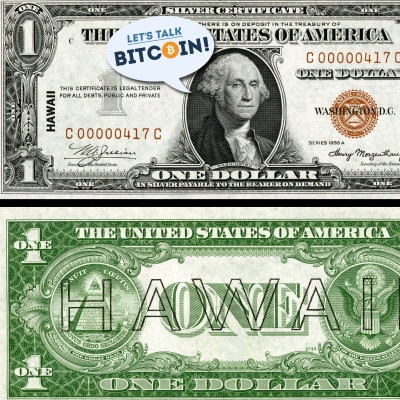 "If ever those two facts diverge, where the agreement is still that it's a reserve currency but the market truth is that it's no longer a good HODL currency... If those diverge... it doesn't matter if you keep calling it a reserve currency, people aren't willing to HODL it. Andreas Antonopoulos - LTB E406

One of the early stories we discussed, at great length, was the sort of long-term play that Bitcoin and related technologies are making as unstoppable competition for global, regional and national currencies.

Thanks for listening to this episode of Let's Talk Bitcoin!

This episode featured content by Jonathan Mohan, Stephanie Murphy, Andreas Antonopoulos, and Adam B. Levine. This episode was edited by Steven, with music by Jared Rubens and General Fuzz.

Any questions or comments? Email [email protected] See you next time.