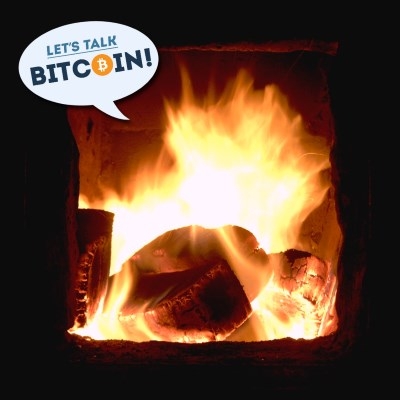 Join Adam B. Levine, Andreas Antonopoulos, Stephanie Murphy and Jonathan Mohan for a look at the latest Coinbase privacy kerfluffle, JPM's tepid jump into the Stablecoin market, and the still unannounced but inevitably coming "Facebook Coin" and what it means to... Banks?

or Via the Lightning Network at tipltb.tokenly.com/

Adam B. Levine: The core of what's happened here is that Coinbase was representing that they were not selling or sharing data about people who use Coinbase, except under very specific circumstances. And it came out somewhat recently that it actually was not true and one of their service providers had been actually selling that data (as many of these service providers do). Coinbase opted to acquire a company called Neutrino. Neutrino basically allowed Coinbase to do the same type of thing through a third party, but there's some baggage that came along with Neutrino name.

Andreas Antonopoulos: This :give-and-get data” is the Devil’s deal with all of the analytics firms. Basically, if you want to get a transaction scored in terms of its AML, counterterrorism and KYC score for how tainted it is by bad-y coins, you have to give these services every transaction to review and they will return a score. You give them every transaction with all the identifiers, so they can score it, so they build a surveillance database with this. I don't know why anyone is surprised that these companies whose primary business is to collect surveillance data, also sell this surveillance data to third parties.

That's the least of the problems right. Yes, they sell it to third parties. Yes, they feed it to intelligence agencies directly. Yes, they're also vulnerable to being hacked themselves, which leaks all of that data to everyone. That data is effectively public. It is a public surveillance mechanism that collects all of the information. All exchanges do this. All exchanges have to do this.  And so the initial rationale of Coinbase is: if we buy a company that can do analytics for us, we won't have to give this to third parties. That's not an outlandish claim, that's a rational choice. Where things fall apart is that the team that they bought (Neutrino acquisition) is the team that has been criticized in multiple investigations of assisting horrible dictators who puts back doors into software, been involved in State-level hacking that targets dissidents in places like Saudi Arabia, all the way up to being linked to the slaughter of Jamal Khashoggi.

Jonathan Mohan: I remember one of the prosecutors from the Southern District of New York was saying that he couldn't be more excited by Bitcoin. He saw it as email for money. The way they can crack down on criminal enterprises is because it's almost impossible to engage in a crime with a couple dozen people without an email record. And he saw Bitcoin as that future, and actors like Coinbase are very much willing to feed into that narrative. That’s why I actually think that the most contentious hard fork in Bitcoin's history will be privacy and transaction obfuscation.

Andreas Antonopoulos: This is a battle for privacy in the 21st century, and we're fighting this on every domain. And let's not be naive - this is how all of traditional finance works.  The Patriot Act imposed obligations on banks to do full time surveillance of every financial transaction into and out of every bank account, credit card, and payment. All of that information is being funnelled directly to all intelligence agencies, working in collusion, or are backdooring each other’s systems. So whenever you do a transaction on your Visa card, or your Paypal transaction, or your bank accounts, you can assume that not only are the Five Eyes agencies of Australia, New Zealand, the UK, Canada, and the United States watching, but you can assume that half of the European intelligence agencies, the Chinese, and Russians are watching that transaction too, and are all doing statistical analysis scoring. That's how traditional finance works.

We are heading towards a future where digital cash will be the only cash available, as they're trying to rapidly eradicate paper cash. At that point we have to choose between that, or a cryptocurrency that is not based on surveillance. Exchanges are only doing a subset of what is happening across the financial world. They have less visibility into crypto, which means that they can be thwarted, which means you can obfuscate and build better privacy into these systems. This is the primary differentiator for privacy coins. This is a battle for privacy in the 21st century. If we end up without privacy solutions then the only people who will have privacy are criminals.

Coinbase is a bank. They’re a crypto-friendly bank, but they’re a bank. Once you accept that Coinbase is a bank, you accept that means compromising your privacy. Their business model is fundamentally at odds with many cryptocurrency values. There's really two reasons for why Coinbase is so popular. One is, for people who see cryptocurrency as an investment, which in my opinion has always been the wrong way to look at this. If you're not earning cryptocurrency you're buying cryptocurrency, then you need an exchange. You don't use cryptocurrency, so you keep moving between the two economies of fiat and crypto. So that's one problem. And the other problem that we still haven't solved, and will take a while to solve, is that security in crypto is difficult. So outsourcing that's to a bank seems natural for people who don’t know how to handle their own custody. We need to get a lot better at helping people do self-custody and security of their crypto themselves, so they don't have to outsource that to a company, with all the privacy problems that come with.

Andreas Antonopoulos: That press release about JP Morgan coin, the amount of bull**** is astonishing, even for JPM. That's not a blockchain, that's a SQL database. You may have over-engineered it to use blockchain technology to implement a database, but that doesn’t make it a blockchain, that’s just a series of poor engineering decisions. You didn’t need a blockchain for that. All you’ve done is create a less scalable, less efficient version of SQL.

“That’s not a blockchain, that’s a sequence of poor engineering decisions!”

This is a ridiculous thing, and we're going to see more of these emerge. The next one I think is Facebook coin. We're going to see these types of corporate coins emerge, and they’re going to use words like “blockchain”, but effectively what these are, is centralized, custodial counterparty risk laden, slowly inflating into shit value, pegged to the unstable debt-ridden U.S. dollar, and backed by the full faith in credit and the biggest crooks in history who run Wall Street (which isn’t much faith in credit).

This is a complete waste of time. Are they competing against crypto? No. They’re competing against Paypal, Venmo, and things like that. It’s not a game they can compete very well in, because when Facebook launches their coin, they’ll eat JPM’s lunch. In terms of having reach and being able to deliver the promise of a stable-shitcoin, better than anybody else in selling out your privacy, is Facebook.

I’m not worried at all about crypto because crypto serves an entirely different purpose. It serves the purpose of independent, decentralized, censorship-resistant, borderless, world currency, that is not controlled by a single company. They cannot compete.

Jonathan Mohan: Everyone talks about Bitcoin needing its AOL moment. They forget what AOL was. AOL was the really crappy walled-garden that you got all the rubes into because they didn’t know what the Internet was. Then they got just a taste of it, and realized that they wanted more. AOL collapsed because they couldn’t make money doing it, and just vomited people onto the real Internet - that was the real AOL moment. The AOL moment wasn’t the celebratory thing, it wasn’t a great thing, it was the collapse of the pseudo-internet that dumped everyone onto mainnet. The thing I’m excited about JPM coin and Facebook coin is that we can potentially get a billion people using a really shitty substitute to Bitcoin.

A - Coinbase acquires controversial group and tech "Neutrino" for reasons

A - JPM Coin, in their own words. https://www.jpmorgan.com/global/news/digital-coin-payments

C - Perspectives on whether FacebookCoin would be good or bad for Bitcoin https://www.newsbtc.com/2019/03/02/dont-count-facebooks-crypto-or-jpm-coin-out-they-could-boost-bitcoin/

Thanks for listening to this episode of Let's Talk Bitcoin, content for today's show was provided by Stephanie Murphy, Jonathan Mohan, Adam B. Levine, and Andreas Antonopoulos.

This episode was edited by Adam B. Levine and featured music by Jared Rubens and General Fuzz.