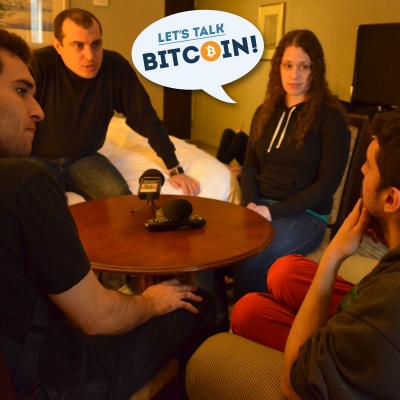 Today's episode of Let's Talk Bitcoin! finds hosts Adam B. Levine, Andreas M. Antonopoulos, and Stephanie Murphy sitting around the table with Amir Taaki in Toronto, Canada. Amir is a core bitcoin developer, lead developer of libbitcoin, a core collaborator at DarkWallet, CoinJoin, and many other leading open source initiatives.

Thanks for listening to episode 106 of Let’s Talk Bitcoin!

Music for this episode was provided by Jared Rubens and General Fuzz.