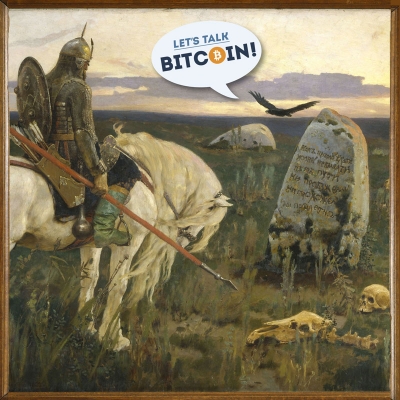 Let's Talk Bitcoin #136 The Head Or The Horse

Adam, Stephanie and Andreas discuss the recent theft of 50 million NXT and the question of whether to roll back the blockchain.

Then, Stephanie speaks with Ira and Justin of Coinapult about their upcoming LOCKS service

If you like this episode, send Bitcoin or LTBc to this address and if you want to emphasize that THIS was a valuable episode enter the show number (136) as the last three digits.

Anyone can create an auction - Last night I set up two, each with a minimum bid of 10,000LTBc set up to expire this morning at 7am and each giving one SPONSOR token back. A SPONSOR token can be redeemed (manually for now) to reserve a sponsorship on an available episode of Let's Talk Bitcoin, they don't have to be used immediately and they don't even have to be used by the person who won the auction.

Don't have LTBc? You might want to talk to BitOfThis Sponsor Brokers who accept Bitcoin and bid on your behalf in LTBc.

Content for todays show was provided by Stephanie, Andreas, Ira, Justin and Adam B. Levine**