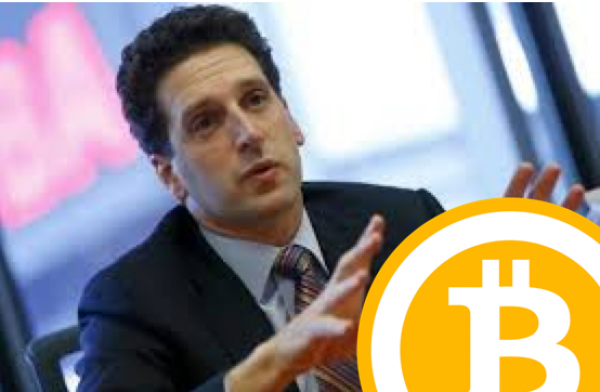 Enter Benjamin Lawsky, reaching out to the Bitcoin community and declaring himself a man of the people. I suggest otherwise: at best, he is a politician, at worst, a wolf in sheep's clothing. Bitcoin is Lawsky’s dream ticket to acceptance by the banking elite. The division between public office and private wealth is blurry in New York, and BitLicense presents Lawsky the opportunity to reign in Bitcoin and possibly use that achievement to further his own political career. After reading the proposal, I'm left asking who Lawsky consulted regarding Bitcoin: Jamie Dimon or Marc Andreessen, Jim Gorman or Fred Wilson?

Let's not panic. This is not the end of Bitcoin or the decentralised movement, but it does threaten to shake the ecosystem, especially if we allow the proposal to get spun as cultivating rather than destroying innovation. Lawsky’s proposal signals war. David versus Goliath. Decentralised logic versus centralised behemoths from whom he seeks approval. Let’s look more closely at his plan, a plan I suspect has been carefully hatched in accordance with the bankers he seeks to protect. A plan that is designed to attract support from non-thinking states and countries to mimic his lead. A plan that hopes to contain the spread of digital money.

The proposal depends heavily on NYC’s global influence over financial markets. However, domestic acquiescence is far from guaranteed. Can we expect California to idly agree to regulation that undermines the innovation and high-tech primacy of Silicon Valley? Internationally, London and Singapore have shown leadership in respect to Bitcoin and seem unlikely to roll over. Will trade agreements be leveraged to ensure compliance with U.S. leadership?

Several proposed measures are overly intrusive. Mandating identity verification and registration to send bitcoin to a friend is unrealistic. Requiring compliance for developers writing software that may never even be used wreaks of McCarthyism. Imagine a senate hearing where the technically-gifted are called Cryptos rather than Pinkos and vilified for association with financial innovation.

Prohibition has proven itself unsustainable time after time, leading to enforcement costs that far outweigh the benefits. If the government cannot contain shipments of illicit substances from known points of production, how can they expect to contain cross-border digital development? Compliance will be a forgone possibility for many entities, given the poor guidance for the intractable identity verification requirements.

Given the BitLicense's blatant futility, let's consider Lawsky's Machiavellian rather than policy-oriented objectives. In this context, suggesting refinements to the BitLicense is a worthless activity. Change will never come. Lawsky is designing a casket for crypto-currency. Instead of offering assistance, let him build a defective casket. As the old casket-making proverb goes, don't waste your time trying to bury a decentralised technology. Lawsky's glaring oversights will undermine his credibility.

Let's heed Charlie Shrem's cautionary tale. By ignoring Lawsky's call for input, we allow decentralised digital currency to embed its way into our lives. Were the current proposal enacted, open source projects would surely move offshore. Yet developers won’t leave their desks and services will emerge to enable anonymous/overseas deployment of future initiatives. Forward-thinking governments will encourage developer relocation by offering incentives and occupational freedom. In the U.S., projects will focus on open-source tasks that aren't directly currency but rather innocuous components of the crypto ecosystem. Friendly financial centres will spring up throughout the world and compete for exchanges, developers, and innovation.

In 5 years, Lawsky will realise that he was responsible for sacrificing New York City's leadership on a bold new frontier of economic growth.