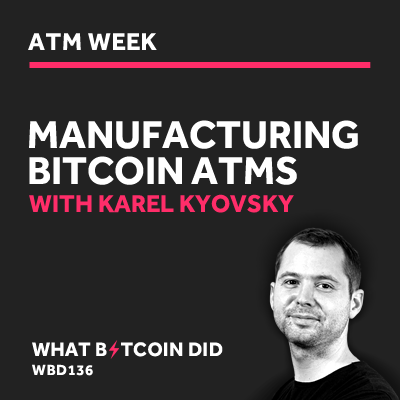 Since the first Bitcoin ATMs started appearing in 2013, the market has grown at a significant rate, seemingly unaffected by Bitcoin’s volatility. With a fast-paced market and strong competition, manufacturers have to keep up with a growing demand for machines and new feature requests.

General Bytes has become the largest manufacturers of Bitcoin ATMs with over 1,700 machines in over 40 different countries (according to Coin ATM Radar). They are now faced with navigating the regulatory landscape and finding a business model that is sustainable in this new and emerging market.

In this episode, I speak to Karel Kyovsky the owner of General Bytes. We discuss how they stay ahead of their competition, the challenges of implementing the Lightning Network, security and regulations.