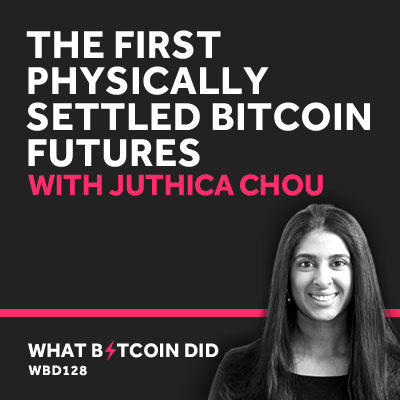 “There was no question that when we started LedgerX, we were all in on Bitcoin.”

The growth in Bitcoin derivatives has led to an increase in interest from Wall Street and institutional investors. The market is clouded by regulatory uncertainty and all current Bitcoin futures are cash-settled, which brings additional problems.

The market took a significant step forward when LedgerX announced that they had received regulatory approval to launch the first regulated physically settled Bitcoin futures contracts. LedgerX also announced the launch of a new trading platform called Omni, which, for the first time, will give US retail investors access to regulated derivatives markets.

The physical settlement in Bitcoin is another signal of a maturing market. It means that when a contract expires, the buyer will now receive Bitcoin as opposed to fiat, meaning businesses and miners can now bypass the fiat system entirely.

Will this lead to reduced volatility in the Bitcoin price and bring in more institutional investors? I visited LedgerX in New York and spoke with the Co-founder and COO Juthica Chou. We also discussed: