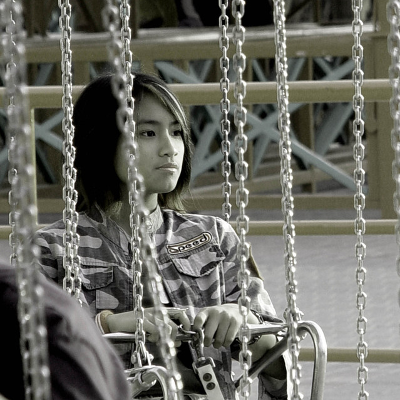 Mike Ward on 'Internet in Chains'

Bitcoin is not "the blockchain." The future of this tech is much bigger than that.

Technologies don't tend to listen to those who are influential, nor to those who shout the loudest. Does it matter why some want everyone to adhere to their myopic vision of what the tech really should be about? Groupthink is a threat to our collective future.

Seems like quite a bit of controversy was stirred up by the recent Economist article, "The great chain of being sure about things" — which they say "has implications far beyond the cryptocurrency" — and the many subsequent discussions on Reddit. Their point seems to be spot on in my view, and here's why.

What Is Bitcoin, Anyway?

"What is Bitcoin" sounds like a simple question, right? But what sort of answers do you get when you ask ordinary people?

I have a friend who often asks me about Bitcoin. Regardless of the answer I give, he replies with the latest information about recent price movement of Bitcoin versus USD. To him, Bitcoin is simply an alternative asset class for risk-tolerant investors.

Bitcoin is many things to many people, plain and simple. It all comes down to what Bitcoin they want to talk about.

And what is the blockchain?

Bitcoin wonderfully demonstrates the utility of blockchain technology in a specific application domain — financial services. Will it transcend that? I think that's a questionable assumption. Wouldn't it make more sense for Bitcoin to continue to evolve as an ever more capable financial meta-platform? 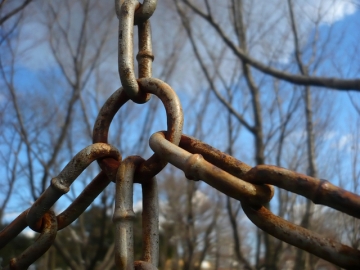 The blockchain represents first and foremost an advance in computer science. It is an ingenious type of decentralized data store in which the nodes of a distributed network reach consensus with a relatively low level of trust required.

Bitcoin is a blockchain-based application that validates the utility of this concept. New constructs in computer science often become useful in a variety of application domains over time, and this will likely be the case for blockchains as well.

Bitcoin is the initial "killer app" for blockchains in the same way that EMAIL was the original killer app that for so many years dominated the Internet before the World Wide Web. Stick around, the show's not over.

Bitcoin is a dramatic example of this "decentralized datastore" being used to create a better version of old, tired systems in need of disruption — money and finance. Bitcoin rocks, no doubt, but many people are so fixated on this "digital currency" that they miss the bigger picture: the underlying tech represents a significant advance in computer science.

Blockchain tech is about to explode, despite Bitcoin's success. The real power of it will be realized through differentiation of chain architectures for different use cases. Would you design a blockchain-based voting system the same way you'd design a records management chain? You could shoehorn pretty much any application into a "one size fits all" chain, but why? Blockchain specialization makes sense for the same reason that different application layer protocols make sense on the Internet, even though they all use the same underlying transport layer.

The best analogy for Bitcoin is not TCP/IP. That's what the blockchain is! The blockchain is the underlying mechanism that applications like Bitcoin ride on, much like the web operates on the lower-level network protocol. Bitcoin is more appropriately compared to HTTP, with meta-apps such as Colored Coins and Counterparty very much akin to Ajax. They extend the capabilities of Bitcoin in the same way Ajax empowered new uses not possible by simply fetching content from the server and replacing the current page.

The pending explosion is being held back temporarily by those who want to shoehorn every application domain into the Bitcoin model. This requires the assumption that the technology is relatively mature, and that the potential has been substantially realized, and it's now time to treat it as a stable layer of infrastructure. But perhaps we're on the verge of Blockchain 2.0. Welcome to the Blockchain-as-a-service world.

Specialization will drive the evolution of different architectural patterns. For chains to be able to offer services to, or consume services from, other chains, standardized protocols need to emerge. The genesis of these chain interoperability standards is clearly the emerging sidechain specs. The goal in this case is to allow tokens and contracts to move seamlessly between the two chains (the main chain and the sidechain).

The root chain as the backbone for a collection of chains in the Tau Chain system is an interesting architectural variation, as was the case with other experiments in past. It begs many questions, including: "Aren't there use cases where no token issuance is needed?" And every time one of these next-gen systems runs into problems, it advances our understanding of the inherent strengths and limitations of the technology.

Blockchain As a Service

Many clamor for an end to this blasphemous talk of private blockchains, but it seems to me that we're on the cusp of an "age of chains." Some use cases simply don't need the PoW-style security that seems best suited for the "digital money" applications. Bitcoin can be an expensive system to use, and for good reason.

The corporate world in particular seems eager to explore areas only tangentially related to Bitcoin proper. And let's face it, many corporations are leary of staking their futures on security underpinnings that have yet to be tested to any real extent. Financial companies like VISA, cloud service providers like Microsoft, and risk-averse operations like NASDAQ naturally look for alternatives.

Why shouldn't Starbucks' chain interact with Amazon.com's chain in predetermined ways, for cross-promotion and expanding the reach of their respective customer bases. It surely stands to reason that Samsung, Cisco, IBM, Whole Foods, Tesla, etc. can utilize private chains to deal with warranties and claims, documentation, insurance, and more for their products. Many companies seek blockchain variants that reduce risks and minimize dependencies on core dev teams, foundations and their politics, bloated chains, overly ambitious codebases, and unpredictable mining pool operators.

The widely discussed application domains — such as financial services, IoT, decentralized companies, voting systems, naming and identity providers, chain security services, notary and document management services, enforceable legal alternatives, registry services and more — sure don't seem like they will be best served by a "one size fits all" approach. If Bitcoin continues to focus on being more competitive in the financial services space, as it should, then it makes sense for the blockchain ecosystem to diversify.

Consider also for a moment your personal correspondence, medical records, legal agreements, receipts, official documents, family photos, DNA profile, data logs from internal medical devices, and so on, ad infinitum. The effort required to organize this personal info in computer systems is increasing rapidly. Is it reasonable to expect people to use some combination of automated backup software, version control systems, and cloud storage services to keep it all organized and highly available, yet secure? Wouldn't a personal blockchain running on many of your devices be a better solution?

Perhaps in the not-so-distant future we'll see MILLIONS of blockchains, sporting a variety of different characteristics, not one chain to rule them all. Remember Thomas Watson, founder of IBM, famously saying in 1943:

"I think there is a world market for maybe five computers."

Bitcoin evangelists — we love ya. But stop telling us how we're supposed to use the blockchain!