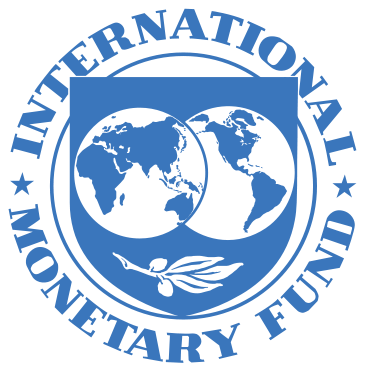 The International Monetary Fund (IMF) is currently drafting a "Monetary and Financial Statistics Manual & Compilation." The document has a "Draft" watermark and a meta-data creation date of June 26, 2014.

Chapter four of the manual is entitled "Classification of Financial Assets and Liabilities" (PDF) which includes in part classifications of "Monetary Gold and SDRs" and "Currency and Deposits."

Under Currency and Deposits we find section 4.36 with Footnote 13:

Scrolling down to the referenced footnote 13 we find:

Bitcoin also does not meet the definition of a currency as it is not issued or authorized by a central bank or government.

Therefore we must assume that the IMF presently defines currency as issued or authorized by a central bank or government. Oddly at the same time, the manual states that Bitcoin is and is not a currency. The author chose the term "internet-based currency" rather than the more common terms "virtual currency" or "digital currency." Perhaps the IMF is confusing Bitcoin with "Internet-based payment services," which is a commonly used term, since Bitcoin is a payment network in addition to being a virtual currency. The G7-connected FATF (Financial Action Task Force) prepared a document in June 2013 entitled "Guidance For A Risk-based Approach: Prepaid Cards, Mobile Payments and Internet-Based Payment Services" (PDF).

I was able to find reports from 2011 and 2012 from the IMF that define currency in part as "consist[ing] of notes and coins that are of fixed nominal values and are issued or authorized by the central bank or government."

Currency consists of notes and coins that are of fixed nominal values and are issued or authorized by the central bank or government. Although all government subsectors hold currency, generally only the central bank issues it. Deposits are all claims, represented by evidence of deposit, on the deposit-taking corporations (including the central bank) and, in some cases, general government and other institutional units.

On May 27, 2011 a "Public Sector Debt Statistics: Guide for Compilers and Users (Google Books) was issued by the IMF Inter-Agency Task Force on Finance Statistics, which provided the following definition of "Currency and deposits":

Currency consists of notes and coins that are of fixed nominal values and are issued or authorized by the central bank or government. In some countries, commercial banks are able to issue currency under the authorization of the central bank or government. Currency constitutes a liability of the issuing units. Unissued currency held by a public sector unit is not treated as a financial asset of the public sector or a liability of the central bank. Gold and commemorative coins that are not in circulation as legal tender, or as monetary gold, are classified as nonfinancial assets rather than currency.

The Manual provides some history on this document and states that:

In 2000, the International Monetary Fund (IMF, or the Fund) published the Monetary and Financial Statistics Manual (MFSM), which was the first volume of its kind in the field of monetary and financial statistics.

The IMF appears to recognize the difficulty in defining or "classifying" certain financial instruments:

This Manual contains additional discussions on borderline cases in the classification of financial assets and liabilities.

Further, the IMF is willing to reclassify (i.e., redefine) some of these instruments:

An important revision concerning financial instruments is the reclassification of the special drawing rights (SDR) allocations to the Fund's member countries, from equity to long-term foreign liability. The change was introduced in August 2009 in the monetary data compiled by countries, with historical data having been revised correspondingly. Previously, SDR allocations were recorded as a unilateral transfer from the IMF to its member countries, and in monetary statistics recorded as part of equity.

This change is particularly interesting, as we have seen headlines such as "IMF Bailout for Ukraine and a New World Currency" from The New American in regards to the April 30th announcement by the IMF: "IMF Executive Board Approves 2-Year US $17.01 Billion Stand-By Arrangement for Ukraine, US $3.19 Billion for immediate Disbursement."

Robert Wenzel of the Economic Policy Journal was quoted by The New American as follows:

It signals fear on the part of US government officials that the dollar is slowly losing its luster as a reserve currency. US officials are trying to nudge the SDR as the alternative to the dollar because they will still maintain significant influence with regard to the SDR, as opposed to some other currency taking hold in parts of the world as a reserve currency (the [Chinese] renminbi?) or gold returning as an important reserve. China and Russia are both presently accumulating gold.

In an IMF blog post from September 24, 2009 entitled "Reserve Currencies in the Post-Crisis International Monetary System" (brought to my attention from a Bitcoin Magazine article entitled "A World Currency - Not a New Idea the IMF discusses SDRs:

To combine the advantages of multiple and single currency systems, a basket-based reserve system, perhaps built on the IMF's Special Drawing Rights (SDRs), could be envisaged. The SDR is not a currency; it takes its value from its constituent currencies (currently, the US dollar, euro, pound sterling, and yen, but the basket is periodically reviewed), and this makes it more stable: if one of its constituent currencies depreciates, the share of the others in the basket rises proportionately, dampening the volatility of the basket.

However, for the SDR to take on such a significant role, its liquidity would need to increase massively. While an increase in demand (from BRIC [Brazil, Russia, India, and China] central banks) and supply of SDR assets (from the Fund) have recently materialized, the scale remains limited - about 4 percent of global reserves. Generating a liquid SDR market of the size needed to create a new reserve currency would be a major undertaking.

Hmm. . . . Perhaps Bitcoin isn't a currency. And neither is an SDR.

If "currency" is being used as a political tool of semantics, I would like to bring to your attention "An Historical Account of Massachusetts Currency" written by Joseph Barlow Felt in 1839:

The term currency, has been variously defined. Hume thus explains it, "The instrument which men have agreed upon to facilitate the exchange of one commodity for another." This appears to be defective. It is more applicable to modern practice than to former. Commodities were themselves anciently sold one for another, and so served all the purpose of the more precious metals. Coin is to money as species to a genus. The latter is any substance to which public authority has assigned a fixed value, while the former may be only a part of this assignment.

Currency, in application to the different periods of our State, denotes whatever has been adopted, as a medium of exchange, by general consent and practice. Such a construction may seem rather too broad, when we come to ascertain what it includes. It may appear to our associations of mind, familiar with a system of trade, considerably unlike that of our ancestors, as outre or incongruous. Still, it is not without the justification of facts. The Rev. John Cotton, while pleading the cause of one of his flock, who was charged with acting more like the wolf than the lamb, remarked "That is called current money which every man will take." It is well known, that substances, adapted as a medium of circulation or standard value, have been essentially different in various ages and nations.

Join the LTB Network (LTBn) through my referral link http://letstalkbitcoin.com?ref=860bfa2b

and be rewarded LTBc by participating in LTBn in all kinds of interesting ways.