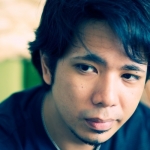 Over the past two months, our Philippines-based Bitcoin startup has been quietly pushing the term rebittance to describe Bitcoin-powered money transfer that transfers bitcoin (from the sender) into local fiat currency (for the recipient).

On October 14, we launched the first version of an informational one-page website explaining the concept from a layman's perspective. The page includes a comparison with traditional bank-to-bank money transfers. The goal is to inform migrant workers (the primary users of traditional remittance systems) that there is in fact another method available. Further, we hope to make comparisons between various service providers easier to help users make informed choices.

Over the next few months, we're going to continue adding more content covering our experiences running Rebit.ph, along with those of other Bitcoin remittance providers.

In a 436 US billion-dollar market, reducing transmission fees by 85% would create major savings. There have been plenty of discussions regarding where those savings could be most effectively redirected.

In 2011, Bill Gates famously said that a decrease of 50% in remittance fees would free up about $15 billion US for developing nations to use elsewhere (healthcare or education, for example). To provide perspective, $15 billion US is about twice the size of India's education budget.

Fast forward three years, and just last weekend at the IMF/World Bank Annual Meeting, Colombian prime minister of finance, Mauricio Cardenas, is still emphasizing the need for "a money transfer system in which the sender isn't required to pay up to 10% in related transaction fees." Although average global remittance costs have fallen from 10% to 8% since Gates originally called for changes, the progress is unacceptably slow.

This is where rebittances come in.

We envisioned Rebittance.org as a jump-off point for first-timers whose interest in cryptocurrency is purely about its use as a money transfer platform. These folks don't care about public keys, mining, hashes, or consensus platforms, and as such we are unable to direct them to the existing educational Bitcoin resources.

Instead, all the content is focused on the quickest path for them to get set up. We focus on the most common questions that we have received from potential customers: why is Bitcoin cheaper; how do I compare rates; what about volatility; and so on.

Rebittance.org attempts to be the first stop for these types of users. As we collect feedback over the next few months, we hope that it will become the definitive hub for this particular use of the Bitcoin blockchain.