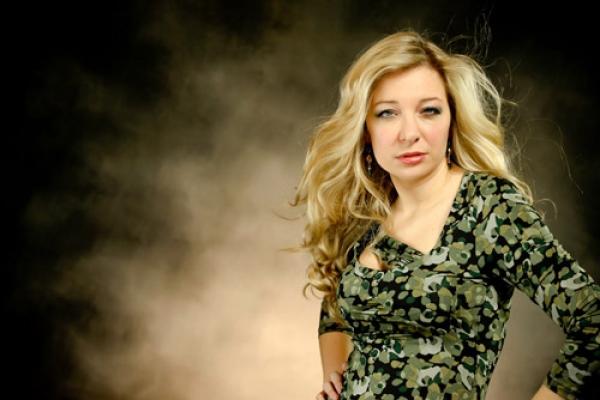 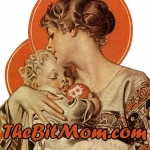 Many women love Bitcoin because it simply removes the glass ceiling that exists in so many professional work environments. Bitcoin opens doors of opportunity and empowers women to take their careers into their own hands. Tatiana Moroz is a well known singer / songwriter who decided to leave the mainstream music industry in the dust with the launch of the first ever artist cryptocurrency called TatianaCoin.

Tatiana has rocked the stage at Bitcoin and Liberty conferences across the globe singing songs of peace, empowerment, and Bitcoin. Her "Bitcoin Jingle" became an instant YouTube sensation as she became one of the first artists to create music specifically about the cryptocurrency.

When she learned of the Bitcoin 2.0 movement that allows individuals and groups to create dynamic uses of the Bitcoin blockchain, she was inspired to create a crypto coin that would allow her to make music and travel the world on her own terms.

Tatiana says this model of crowdfunding offers "unique ways for people to become part of the creative process where as the fan base grows, the more valuable the tokens become." Additionally, "this program incentivizes stronger relationships with fans where fans gain access to behind the scenes parties, sponsorship opportunities, early releases, and more."

In partnership with Adam B. Levine (of Let's Talk Bitcoin), Counterparty, Coinpower, and Distributed Buzz, she recently launched Tatiana Coin, a coin designed to allow her fans to contribute directly to her as an artist, instead of funding middlemen who usually siphon a large percentage before the artist sees a dime.

The crypto coin was built on top of the Bitcoin protocol through Counterparty, a website that allows anyone to issue a smart asset or currency. Users must first create a Counterwallet, allowing them access to the coins created by the Counterparty system. They can then donate BTC or XCP in exchange for TatianaCoin which will function as the primary token in which exclusive access to Tatiana gear and events will be made possible.

The Coinpower website allows those who have created a crypto coin through the Counterparty system to offer a crowdfunding sale in exchange for various perks. It works similarly to Indiegogo, except donors contribute bitcoin to then be rewarded with TatianaCoin and other perks.

During the first month of her crowdfunding campaign, a total of 100,000 coins were distributed to that day's donors. The percentage of the pie you received was dependent on how many donors there were in one day. This means on low traffic days, a savvy backer could receive a higher number of coins. Today, you can donate to the effort and receive a set amount of TatianaCoins in exchange for your donation.

The initial model of distribution did not work very well for her fans, and Tatiana decided to change the distribution methodology based on the feedback she received. Partway through the campaign she posted the following update to her Coinpowers page:

This has been a funny week for me, which you will see from some of my blogging. Part of what has been stressing me out is Tatiana Coin. I have had a ton of interest in the project, and almost everyone is very supportive. However, I have faced a little constructive criticism from people who I respect. Mainly this has been in the auction pricing model. It is too complicated for my regular fans, and there are also some problems with [whether] that model will work on such a new project (the varying price). I didn't really know how to handle it, because I didn't want to do anything to screw anyone over. My understanding of market fluctuations and some of the functionality of the coin distribution isn't the best, so making a decision on it is really challenging. My main priority was to remain ethical, but I don't exactly understand enough of certain aspects to even judge what is appropriate.

After thinking quite a bit and having spoken with some trusted counselors, I thought it best (with the support of the team) to pivot the campaign to a simpler vending machine model. We are going to run the campaign as is for the next few days till we hit day 15 on Tuesday the 17th. We will then stop the campaign (distributing the 1,500,000 million Tatiana Coins to the early adopters) and put the remainder of the coin into a simpler vending machine where the Tatiana Coin is equal to 5 cents. That will allow me to reach my goal of the 3rd tier with the remaining coin. The original purchasers will have their value increase, so they should be happy and that starting point of what we raised will help get me to start tracking in the studio right away.

This is an experimental project, so it makes sense that as the pioneer, she would have to make hard decisions like this. Tatiana is a strong and empowered woman, and she took the feedback of her fans and made an executive decision. This will help artists of the future design a crowdfunding platform for their artist coins that is more in line with the needs of their fans.

The project was launched on June 3 of this year and to date 69 individuals have donated to her project through the Coinpower system, bringing in a total of $5,400 toward the production of her third album. The coins are currently valued at .083mBTC, or around $.043 each.

Tatiana's goal is to fund her third album through this project, allowing her the creative freedom to create music supported by her fans. She can take her art beyond the album and extend it into a tour, or even a full-fledged production studio. According to the Coinpowers website, 1,604,242 coins have been issued, with 1,395,576 still available.

Initial funds raised will go directly toward the production of her third album. She plans to hire a full band, which requires money for musicians, engineers, studio time, video content, art work, pressing, distribution, and promotion.

The more she brings in, the further she can take her dream. Check out these "tiers for success" that depict her plans with the funds brought in through this project:

With your help this summer, Tatiana will record her 3rd LP. This will include video footage featuring behind the scenes of Tatiana Coin and making of the album!

We think the best way to teach people about Bitcoin is not only to sing about it, but to SHOW people how to use it in real life! We will be documenting her musical journey with crypto and how it is changing the face of creativity, entrepreneurship, finance, charit, and more!

$250,000 and beyond: The 1st Ever Crypto Music Label and Recording Studio

The music industry has been promoting things based on what some executives think will sell, not about what people connect with. We are constantly force fed terrible music that doesn't feed the soul. What if we could combine the best of the old music business models with the future of Tatiana Coin and other DAC ideas? Our goal would be to let artists and fans take back control of the art in a totally new way that benefits everyone! Funds raised at this threshold will be the seed money for the most experimental and ambitious project to hit the music and cryptography world.

By purchasing TatianaCoins, you open the door for exclusive access and materials available only to TatianaCoin holders. These include autographed memorabilia, music, crypto jewelry, clothes, and access to "invite only" events where you can mingle with some of the biggest names in Bitcoin and beyond.

Contributors to this project are part of a new model of art creation. Tatiana is paving the way for artists across the globe, and the Bitcoin community has the opportunity to show the world that a decentralized business model works. We do not have to be dependent on centralized big business music companies to bring beautiful art to the world. We have the power to bring that art directly through the Bitcoin blockchain.

It is more than just creating art. It is about empowering women and the disenfranchised, and it is about bringing power into the hands of the fans and out of the music and money monopolies.

There is a focus on liberating people through entrepreneurship, charity by enabling your fellow man, and taking the money power away from the war machine. If you are a woman in a third world country, you no longer have to ask permission to support yourself and store your wealth. You can start a business! People no longer have to spend 5-25% of their money on transaction fees sending money to their families overseas. Is your country printing money out of thin air? You are no longer binding your financial future to the whims of the banking overlords, so you can store your wealth to ensure the safety of your family.  Tatiana

The concept of an artist coin is truly groundbreaking and opens the door for people across the globe to embark on a journey of art creation by using a new model, a decentralized model that allows artists to organically grow and directly reach their fan base without the influence of third party middlemen that may or may not have the artist's best interests in mind. This is the model of today. This is Tatiana's example of how we can free the market through the Bitcoin Blockchain. Its the beginning of a new era. Learn more at TatianaCoin.com