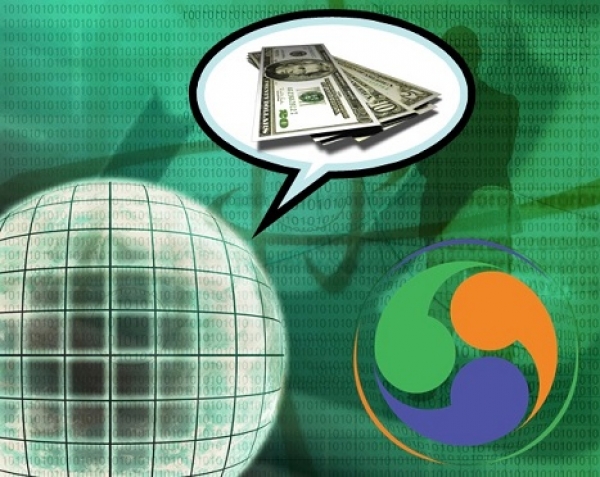 How I Got $1500 for Commenting On an Article

Turns out, it's not only possible but we're seeing some very intelligent people do just that, with clear intent. Crypto-Technologists are coming up with new and interesting techniques to solve the problems with fair launches and crypto-currency distributions.

But what is a fair launch, and why does it matter?

Some crypto-currencies are launched with a pre-mine. Simply put, this is when crypto-currency creator(s) decides to keep a portion of the coins for themselves.   The reasons are generally noble, and the urge is understandable.  Developers aren't mining farms, so the idea of building something than competing with institutional forces for the results of your effort is not very attractive.  It is however, usually the better choice.

As cryptographic technology matures and grows into new spaces, opportunities abound. Being at the right place, and the right time, can reap some incredible rewards with very little risk. Today I’d like to tell you the story of how I got $1,500 by sitting at home in my pajamas and spending a couple of minutes commenting on an article. Yes this story is true. I will tell you how it happened.

It is Sunday night and I'm relaxing at home when I get a Google chat message from my friend, we’ll call him ‘Bo’. Bo goes on to describe a new crypto-currency that is going to be released called New Economy Movement or NEM.

In my head I am thinking,

‘Oh god, not another Altcoin.’

The scene has become ridiculous. New Altcoins being released almost daily. There is even an Altcoin calendar showing when each new Altcoin will be released based on announcements from Bitcointalk.org. However since I respect Bo’s opinion, I decided to listen in. I also owed him one from before. It was not long ago when I was making the same kind of pitch. To fully understand how we got involved as early-adopters, we have to go back 8 months…

Thanksgiving 2013, I was at my wife’s parent’s house getting ready for the feast. Her family speaks rapidly in Russian while I only speak English and Farsi.  Conversation was, unsuprisingly, not holding my attention and as I browsed the Bitcointalk.org forums, I came across a new crypto-currency called NXT.

NXT seemed like an interesting idea, a second generation crypto-currency based on completely different code.

I have been known, in my early days, to throw up a few VMs on Amazon and start mining the new Altcoin of the day (that’s how my cousin and I landed a cool $800 mining Primecoin).

I figured, why not be a speculator and throw in a few hundred dollars? When I gave Bo the pitch about how NXT was going to be ‘HUGE’ he was willing to match whatever I was willing to invest. I have to say I was pretty hesitant to invest until Bo was on board. Somehow, an investment seems less risky when your friends are willing to make it.

At the time, NXT had a very seedy exchange. You had to basically find someone on Bitcointalk.org, and private message the anonymous stranger to make the trade. We took the plunge, and it paid off. NXT turned out to be a great investment and a surprisingly impressive crypto-currency.

Now when Bo approached me this time for NEM, even though I had previous successes, I was not interested in investing. I was over the roller coaster that was watching the market. I had already invested more than I wanted to. But Bo claimed that this was different! Bo said NEM was a different type of crypto-currency that did not require a monetary investment.

What did it require? Just a couple of minutes of my time.

The New Economy Movement started on January 19th, 2014, according to the announcement on Bitcointalk.org forums. NEM is a descendant of NXT or a partial fork of the code. Since crypto-currencies are open source code, anyone can take the code and re-name and release it as their own crypto-currency. This is one of the main reasons we have so many alternative crypto-currencies.

With NEM the most important aspect of the crypto-currency is the ideology... Basing the code on NXT was just an intelligent means to an end.

Botnets are thousands of regular people’s computers that are hacked with a virus and commanded to mine crypto-currencies. These malicious actors are then able to gain a greater amount of coins than anyone else. Becoming leeches on the market. Providing no value to the crypto-currency or its usage. Lying in wait when they can dump everything on the market and crash the coin forever. Thus major effort in the crypto-currency space has gone towards coming up with algorithms that are resistant to things like botnets, or ASICS.

But even without those specific concerns about Proof of Work, it's still not an ideal way to handle distribution.  For every one person who has the knowledge, time and resources to profitably mine, how many more do not and never will?  Proof of Work is better than nothing, but we're still looking for truly fair solutions.

In the case of NXT (and NEM, with a slight twist), the distribution mechanism is not a proof-of-work algorithm. NXT uses proof-of-stake, which uses a coin holder’s stake, or coins they own, to sign each new block in the block chain.

With NXT there was no initial work that was done to generate new coins and distribute them. The creators of NXT released all of the coins on day one into their own possession.

Some may call this a large pre-mine, others will argue that the distribution was fair, as the founders used the coins to have a ‘crowd sale’ or IPO on the Bitcointalk.org forums. Providing a fair distribution to whomever wanted to join the forum and purchase some NXT. For example: someone like me.

However if you analyze NXT today you will see that a majority of NXT assets belong to a minority of people.

NEM takes a completely different approach to distributing coins. NEM released stake in their coins in phases. In the early phases of NEM, it was completely free to join. You could go to the forum, login with your account, and post something like ‘Hello, I love NEM!’ and your name would be written down in a Google spreadsheet promising you 1 million NEM coins. This continued on for the first 20 pages of the thread. Meaning for every new and unique user that posted a comment, they would get a guaranteed 1 million NEM coins.

Yes that is right, just for a few minutes of their time. The next phases, going all the way up to the first 80 pages of the thread, required you to donate. The donation was a small amount of BTC, such as .001 BTC or 10 NXT that increased with time and went all the way up to .0025 BTC or 250 NXT. Still a very nominal fee. At the time it would have been about $15 or the cost of a couple of Subway sandwiches and drinks.

But you notice the problem right?  We're back to users needing to already have resources in order to qualify for a share of the NEM resources.   This is not ideal.

The goal for NEM was to get as many new and unique people invested as possible. So the creators of NEM offered other options: you could create a logo; you could do something as simple as commenting on an article and mentioning NEM; anything that would further grow the value of the fledgling NEM ecosystem.

At the same time, all of these actions expose the currency to new members, further growing the legitimacy of the system by further diversifying the holders and what proportion of the whole each possesses.

It has even been said that NEM includes the top Bitcointalk.org members as holders of the currency. Each having 1 million NEM coins, same as the creators of NEM (maybe), same as the developers of NEM, and same as any regular person who said ‘hi’ on the forum thread.

When Bo pointed me to the NEM forums, we were not early enough.

The ‘free join’ period was over. However the other phases made it quite easy to join and get 1 million NEM coins. I opted for posting a positive comment about NEM. I had always had reservations about NXT and its distribution model. Yes I have profited from my NXT investment. The NXT team has been able to deliver. But it never sat well with me, that NXT was owned by a small few. What if the ‘NXT Elite’ decided if the price goes up to dump everything on the market? How does their control affect the direction of the crypto-currency?

The NEM creators, on the other hand, removed this doubt. By evenly distributing the NEM coins, and engaging all of the NXT developers. We now have a situation where the code is based off of NXT, and the current NXT developers may have greater incentive to build for the NEM ecosystem than for the NXT ecosystem.

I posted my comment about NEM on a Bitcoin website that had wrote an article about NXT. I then proceeded to go to the NEM forum thread and point the founders to my good work.

My name was now added to the Google spreadsheet. I had received my stake. Not much more then my name written down on the list, because NEM had no technology to speak of.

Now come 6 months later, and the folks at NEM are releasing NEM asset shares on NXT. Basically meaning: you now have a tangible token on the NXT asset exchange that entitles you to 1 million NEM coins (when the NEM client is released). As opposed to your name on a spreadsheet. NEM asset shares are now selling (as of the writing of this article) for 24,000 NXT on the NXT asset exchange. With a going price of $.06 USD for 1 NXT. That makes a NEM stake equivalent to just about $1,500!

Who would have thought I could make $1,500 for commenting on an article and making my voice heard? You can too. If you are reading this article you are still an early-adopter.

In fact, if you are reading this article and logged into LetsTalkBitcoin.com you should be getting some LTBCoin. You can get even more LTBCoin for commenting on this article. As more people participate in the LTB network, like you, we drive the value of LTBCoin to greater heights.