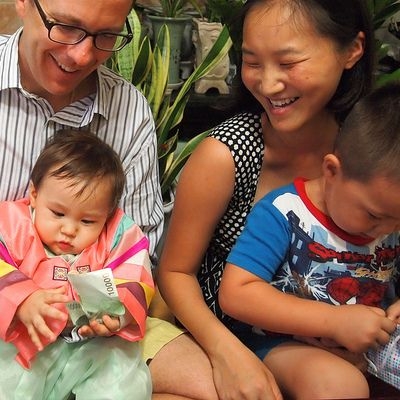 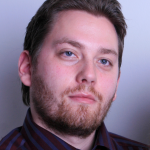 With the recent progress in the evolution of Bitcoin, particularly in regards to usability and multisignature key management, family accounting now has access to new economic tools to support a more reasonable and mindful family economy.

For those parents who choose to have individualized economies and do not share incomes and expenses, bitcoin offers the standard single key which allows both parents to retain control over their own funds just as though they had individual bank accounts. Nothing has changed in this regard.

For those parents who choose to have a shared economy however, Bitcoin offers some very interesting multisignature solutions such as the one-of-two and the two-of-two keys which allows two specific use cases.

The two-of-two keys scenario indicates that both parents are capable of spending money from their shared account, but only when both of them agree to do so. This adds an extra layer of protection against careless and/or unfair spending in a shared income environment.
Using a combination of the these two key management options, as well as the single key option, families can now set up a system in which the basic household expenses are easily paid for from a shared account while maintaining the need for consensus on the big economic decisions. This helps prevent in-family fraud and gives families a new level of economic stability.

When a child comes into a family, another layer of complexity is added to the family economy. The simplest of solutions to accomodate a child is yet another single key which gives the child full access to his funds and leaves the parents with no control at all. In some cases, this might be desireable, but in other cases the parents may want to shield their children from making irresponsible economic decisions.

In addition to the one-of-two and two-of-two keys we can now start looking at some very interesting multisignature scenarios involving three parties: one-of-three, two-of-three and three-of-three.

In the one-of-three keys scenario much is as expected. Any one of the parents, or the child, can spend money from the shared account. This proves useful in most of the same situations where a one-of-two key had been useful for the parents given that they trust the child not to spend needlessly.

In the two-of-three key scenario it starts to get a bit more interesting. In this case the child can only spend money if at least one of the two parents agrees. This is great for saving up for specific purposes where the child has some influence over how to spend the money but the parents want to retain enough control to make sure it is not spent for other purposes. This also allows the parents to spend the child's money should both parents agree. Depending on family situtations this might be necessary in order to sustain a functional family economy, particulary in times of economic crisis.

However, in cases in which it is undesireable for the parents to forcefully spend the child's money, another type of system is needed - one which is a combination of those previously discussed.

While I have not yet heard of solutions including specific keys in combination with multisignature keys I believe the programmable money that is Bitcoin should be able to support the following scenario as well, we just might need to roll up our sleeves and get coding to see it happen...

Using a one + one-of-two key you can set up an account where the child retains veto against spending, but is not capable of spending himself without one of the parents' approval. This is particulary useful for earmarked money, for example an education fund where the parents donate money to the child, but want to control the spending to only go to the specific purpose, while making safeguards as to the future education of the child.

In the three-of-three key scenario we have a place to save money for matters which are truly family related and both parents and the child have veto against any spending. The use is very situational and requires a family with trust and cooperation and is probably not well suited for the youngest of children.

The economic management tools above will also have some implications for ...

While using the proposed key distributions above to create a family economy suited to the particular family needs is good in and of itself, it also comes with many benefits in regards to accounting.

Since each parent and each child has their own private keys, any spending done by, or agreed to by any family members is recorded into the blockchain with their signatures and this opens up for new ways of visualizing family economics on a person and family level in a fully transparent way.

I sincerely believe that there is an honest need and a real use case for this transparency and accounting as well as the various methods of restricting spending in a co-operational environment and I am glad to see that Bitcoin comes with a built-in solution to all of this that doesn't require a family to sign any papers or pay any fees.

While we have no good way of knowing how these new tools will shape the families of the future, I am particularly interested in seeing this being developed. Should the tools arise I will be among the first to try them out!

Cover image courtesy of Jeffrey Tripp, licenced under creative commons. The image has been cropped to fit the LTB network requirements.