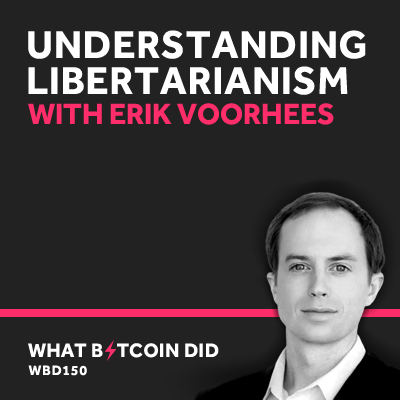 “A libertarian society will have all sorts of problems. It won’t be perfect, it won’t be a utopia, it might have problems that a statist society doesn’t have. But, I think on net it will tend to be better.” — Erik Voorhees

Since its birth over 10 years ago, Bitcoin has resonated with Libertarians. Through its very design, Bitcoin aligns closely with the Libertarian belief that governments should have no interference in people's lives or money.

Helped by popular Bitcoin books such as Saifedean Ammous’ The Bitcoin Standard, more and more newcomers to Bitcoin are becoming aware of Libertarianism as well as Austrian Economics. However, these can be confusing concepts to grasp, especially for those growing up always accepting and/or believing that there must be a state.

So, what is Libertarianism? Should we strive for smaller decentralised societies with little or no government intervention or regulation? And could Bitcoin play a key role in reducing the size of governments around the world?

In this interview, I speak with Erik Voorhees the Founder and CEO at ShapeShift. Erik explains the theory behind a Libertarian state, reducing the size of governments, minarchism vs anarchism, and internal Libertarian conflict points.