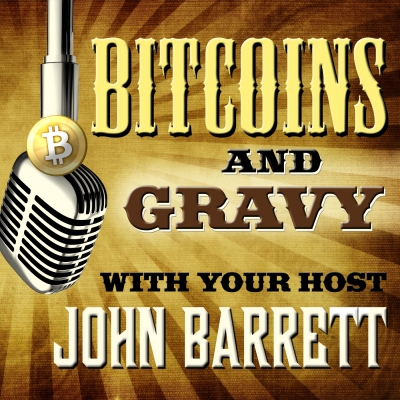 I travel down under to Adelaide, Australia to speak with Simon Edhouse, the CEO of BitTunes. BitTunes is reinventing global music distribution by creating a people powered platform. Simon talks to us about how this platform allows P2P file sharing to achieve its full potential as the optimal internet distribution mechanism and how he aims to monetize the exchange of digital data. Simon is a man of conscience who has been following the legacy of his family in working for the greater good. It’s not just about making money folks, sometimes it’s about doing what is right for humanity.

And coming soon you’ll be able to find full transcripts of each episode of Bitcoins and Gravy in the Transcript section of BitcoinsAndGravy.com . Professional transcriptions provided by one of our fans who can be found at:

http://diaryofafreelancetranscriptionist.com/2015/01/21/free-transcript-project-8/ More on this in a few weeks and thanks for your patience friends!

Hidden in each episode of Bitcoins and Gravy is a Magic Word. I know that it may sound absurd, but listen for the Magic Word and you can earn LTBcoin! First set up a free account at LetsTalkBitcoin.com. Then tune in to your favorite LTB podcast and when you hear the Magic Word, don’t delay! Submit it to your account and by doing so you will earn a portion of the week’s LTBcoin distribution. Setting up an LTB account has always been fast and easy . . . and now it’s profitable!!!

And a big thank you for moral support from my good friends at The Tennessee Bitcoin Alliance: TennesseeBitcoin.org

Listeners . . . listen up! Call this number and say something funny, sing a song, read a poem or just rant! Or if you’d rather you can ask me a question, leave a comment, make a suggestion or record a complaint! If I like what you say I’ll put it on the next show!