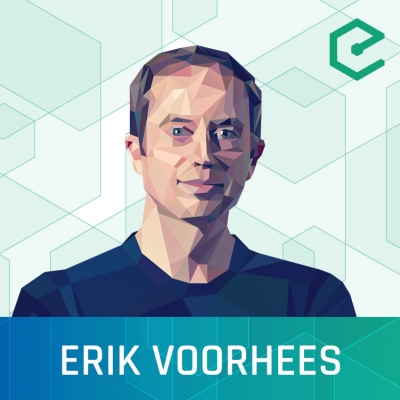 We’re joined by Erik Voorhees, Founder & CEO of Shapeshift. His third appearance on the podcast is timed nicely as July marked ShapeShift’s fifth anniversary. From its early days as the “Google Translate for cryptocurrencies”, it has grown into an organization of 75 people, and Erik talks about the learning curves he has endured on his journey. Our conversation also coincides with the launch of ShapeShift’s brand new V2 platform, which includes a self-custodial asset management dashboard, hardware wallet support, and many other new features. One notable change is that ShapeShift now requires users to create an account and perform KYC, something which very much pains Erik. We also discuss Bitcoin, Libra, and the future of money, topics which are always fascinating to approach from Erik’s Libertarian viewpoint.