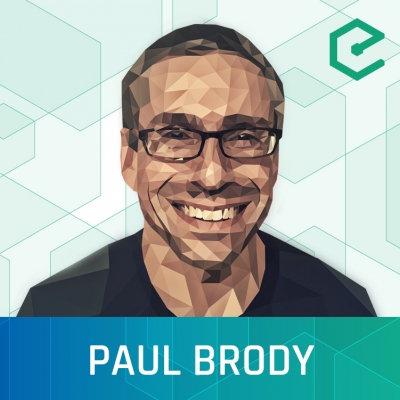 EB75 – Paul Brody: Internet Of Things And The Democracy Of Devices

As the cost of computing continues to plummet, the number of connected devices is increasing dramatically. In the future powerful computing capacity will be in billions of devices ranging from the lightbulb to the car door to new wearables. This new internet of things (IoT) will dramatically change our lives.

Paul Brody, a Technology Strategist and the former VP of Mobile and IoT at IBM, joined us for a discussion of where the IoT is going. We discussed their white paper on why a decentralized, blockchain-based internet of things could solve the problems of the current IoT in terms of privacy, scalability, and business models.