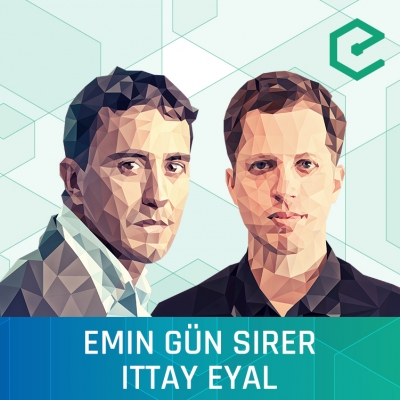 One of the concerns confronting the Bitcoin community is that of scaling the transaction throughput rate: How do we go from the current rate of approx. 5 transactions per second to a thousand times that?

In this episode, we talk to Emin Gun Sirer and Ittay Eyal from Cornell University regarding Bitcoin NG; a next generation Bitcoin blockchain design that addresses some protocol based limitations preventing Bitcoin from increasing transaction throughput.

Their proposal also enables fast (initial) transaction confirmations on the order of 10-20 seconds.