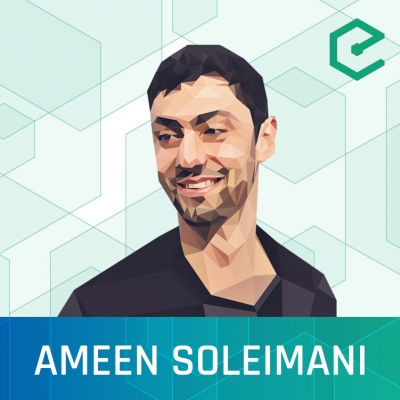 We’re joined by Ameen Soleimani, Co-founder and CEO of SpankChan. From his humble beginnings at ConsenSys, he went on to create SpankChain in 2017 at the height of the ICO boom. The project aims to create a better and safer environment for sex workers by removing the intermediaries who take significant commissions on their revenues. SpankChain’s initial product, an adult cam platform, allows users to pay performers in crypto with a native asset over sophisticated payment channels. More recently, Ameen headed a project called Moloch DAO, a decentralized autonomous organization with the goal to fund Ethereum 2.0 development. Moloch has but few simple functions: making proposals, voting on proposals, and exiting. This simple design, heavily inspired on “The DAO” of 2016 has attracted funding from Vitalik Buterin, Joe Lubin and other prominent community members.