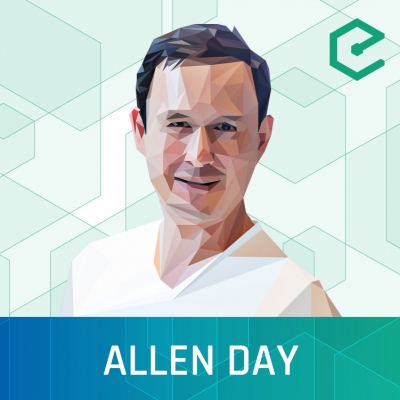 Public blockchains produce enormous amounts of data. In theory, anyone can access the raw contents of transaction and blocks. In practice, however, querying blockchains can prove to be a daunting task.

The difficulty lies in the fact that blockchains are particular types of distributed databases and thus carry several limitations. Most, if not all, blockchains lack the most basic SQL querying capabilities supported by nearly every off-the-shelf database system.

Take Bitcoin as an example. Its API lacks even the most basic calls which would allow a user to query any address and receive the balance. In order to achieve this, block explorers and alike have developed sophisticated middleware infrastructure that parses the blockchain, normalizes the data, and stores it in a database, where it can be queried. In the best of cases, companies offer API calls for only a limited set of operations. Google hopes to change this by freeing blockchain datasets.

We're joined by Allen Day, Science Advocate at Google's Singapore office. Earlier this year, he and his team released the Bitcoin blockchain as a public dataset in Big Query, Google big data IaaS offering. In August, they added Ethereum to their list of freely available public datasets, which includes US census data, cannabis genomes, and the entirety of Reddit and Github. Anyone wishing to query the data can do so in SQL on the Big Query website or via an API. For instance, a relatively simple query would return the daily mean transaction fees since the Genesis Block in just a few seconds.

Coupled with Google's AI and Machine Learning infrastructure and other open data sets, one can only imagine the potentially groundbreaking insights we could gain from this data.