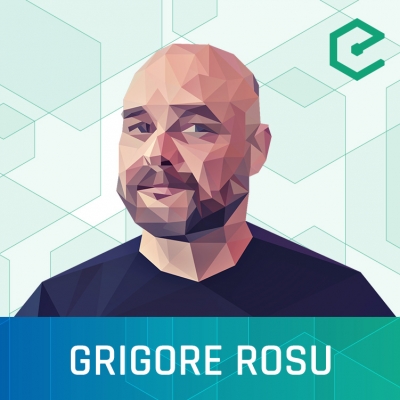 #239 Grigore Rosu: The K framework - a framework to formally define all programming languages

In the past few years, we witnessed the development of multiple smart contract languages - Solidity, Viper, Michelson, Scilla etc. These languages need to enable developers to write correct, predictable behavior smart contract code. Each language development effort therefore ends up spending resources into building formal verification toolsets, compilers, debuggers and other developer tools. In this episode, we are joined by Grigore Rosu, Professor of computer science at UIUC [University of Illinois at Urbana-Champaign] for a deep dive into the K framework. The K framework is mathematic logic and language that enables language developers to formally define all programming languages; such as C, Solidity and JavaScript. Once a language is formally specified in the K framework, the framework automatically outputs a range of formal verification toolsets, compilers, debuggers and other developer tools for it. Updates to the language can be made directly in K. This technology has massive implications for smart contract programming language development, and formal verification efforts in the blockchain space. We also cover his efforts to express the Ethereum virtual machine using the K framework, and to develop a new virtual machine technology, called IELE, specifically tailored to the blockchain space. Check out the episode to understand a game changing technology in the formal verification and smart contract safety space.