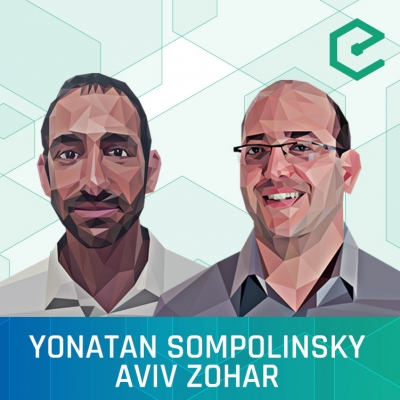 Hebrew University academics Aviv Zohar and Yonatan Sompolinski joined us to discuss their research at the forefront of blockchain technology. We talked about their early proposals for scaling Bitcoin using the GHOST protocol, which later inspired Ethereum. And then we discussed SPECTRE and a new type of network based on directed acrylic graphs (DAG). DAGs abandon the blockchain data structure to allow constant generation of blocks that later get merged achieving block times of seconds and throughput many orders of magnitudes above current blockchain network.