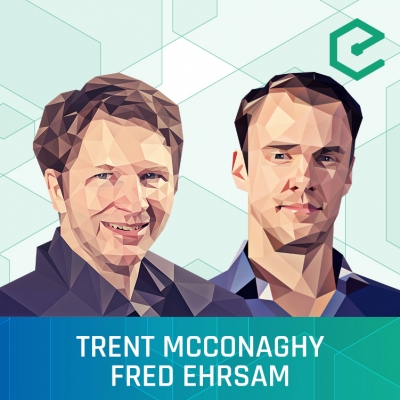 184 - Fred Ehrsam & Trent McConaghy: IPDB – The Interplanetary Database and its Applications in AI

Data is the new oil, and those who control massive amounts of it have a major competitive advantage. That advantage becomes exponential when that data is used to teach artificial intelligence. Companies such as Google, Facebook and Amazon have a far greater probability of building strong AI than smaller actors simply by the sheer amount of user data and metadata they possess. Let's now envision an alternate reality where big data lives on public infrastructure and is accessible to anyone who wishes to use it for the purpose of teaching AI. Big data as a public resource could have the potential to enable vast amounts of innovation at the edges, far greater than that of a small set of incumbents building large centralized AI systems.

We're joined by Trent McConaghy, who is the CTO and Co-founder of BigchainDB and Ascribe. Trent brings along a special surprise guest, Fred Ehrsam, former Co-founder at Coinbase. For the first half of the show, we have a fascinating discussion with Trent and Fred about the intersection of AI and blockchain technologies, and the implications of publically available data sets on innovation in AI. For the second half of the show, we talk with Trent about the public implementation of BigchainDB, the Interplanetary Database (IPDB), and the applications for a public big data storage network accessible to all of humanity.