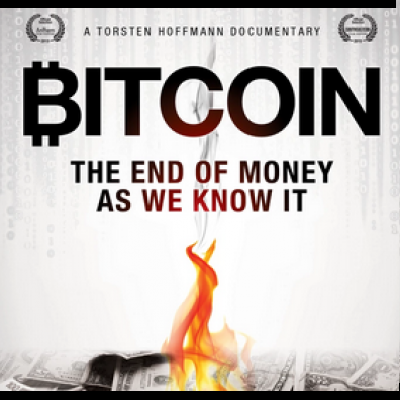 On today's show I interview film producer Torsten Hoffman about the release of his new Bitcoin Documentary, Bitcoin: The End Of Money As We Know It which recently picked up two awards at the Freedom Fest in Las Vegas. In the words of Calvin Tran, this important documentary is: "Dynamic and filled to the brim with hard-hitting history. There’s electricity in the pace, a kineticism in the narration, a fervor in the subject matter and the high-stakes world of finance. It is a rapid film that catches you off guard, with a title as provocative as itself." Join me listeners in talking with Mr. Hoffman about this great film.

Hidden in each episode of Bitcoins and Gravy is a Magic Word. I know that it may sound absurd, but listen for the Magic Word and you can earn LTBcoin! First set up a free account at LetsTalkBitcoin.com. Then tune in to your favorite LTB podcast and when you hear the Magic Word, don’t delay! Submit it to your account to claim a share of this week’s distribution of LTBcoin. Listeners now have a full week from the release date to claim a magic word.

Setting up an LTB account has always been fast and easy...and now it’s profitable!!!

One year after the successful Kickstarter campaign of Bitcoin: The End Of Money As We Know It and three days after the world premier at Freedom Fest 2015 in Las Vegas where the documentary picked up two awards as "Best International Documentary" and "Best Libertarian Theme" the film is now released on several Video on Demand platforms.

Torsten Hoffmann, the film's writer, director and producer said: "It has been a long journey and we want to thank the Bitcoin community for their support on Kickstarter,Twitter, Reddit and Facebook." He points out that the film is not targeted at savvy Bitcoin users who already grasp the disruptive nature of the technology. "Instead, this documentary is for your friends and colleagues who don't 'get it yet'".

The film is available at:
Vimeo on Demand (rent and download),
BitTorrent Bundle (download with bonus materials)

AND REMEMBER THE PROMO CODE for 20% off the price of this film: gravy20

Bitcoin: The End of Money As We Know It

And a big thank you for moral support from my good friends at The Tennessee Bitcoin Alliance: http://TennesseeBitcoin.org

And thanks again to Andreas Antonopoulos for his words of wisdom and hope for us all.