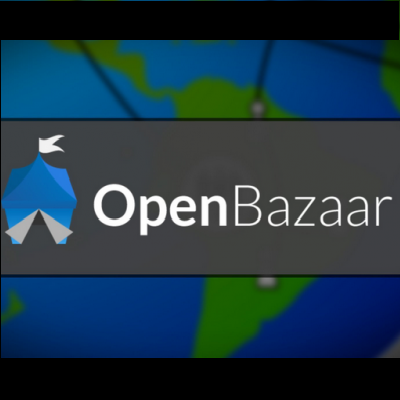 On today’s show, due to a serious lack of time, I ask my listeners to forgive me for repeating a past show. I’ll be at the Texas Bitcoin Conference in Austin this weekend and will be back next week with a slammin show that is sure to make you stand up and shout Yee Haa!!!!

On today's show I travel to San Diego to speak with Paul Puey, the CEO and co-founder of Airbitz.co, a mobile and web app company soon to be launching a Bitcoin wallet on iOS and Android. Airbitz is also a business directory that helps you find merchants in 14 different countries where bitcoin is accepted. Paul talks to us about the launch of their bitcoin wallet in a few weeks and how the Airbitz wallet differs fundamentally from many other bitcoin wallets.

I also speak with Sam Patterson, the Operations Lead for OpenBazaar.org. Open Bazaar is an open source project to create a decentralized network for commerce online using Bitcoin that has NO fees and cannot be censored. Sam talks to us about Multisig addresses, notaries, arbiters and how the peer to peer transactions and open source code of OpenBazaar is going to change how we buy and sell on the internet. In this interview we will find out if it's possible for a notary and arbitration network to actually replace Trust!

Hidden in each episode of Bitcoins and Gravy is a Magic Word. I know that it may sound absurd, but listen for the Magic Word and you can earn LTBcoin! First set up a free account at LetsTalkBitcoin.com. Then tune in to your favorite LTB podcast and when you hear the Magic Word, don’t delay! Submit it to your account and by doing so you will earn a portion of the week’s LTBcoin distribution. Setting up an LTB account has always been fast and easy... and now it's profitable!!!

Great news listeners! Our transcription page is now live on the website. All new show transcripts will be rolled out Approximately one week following the release of the audio version. We are also working on eventually going back and transcribing ALL of the archived episodes starting at Episode #51 and working backwards until we hit the very first episode, Episode #1, Numero Uno of Bitcoins and Gravy! Our ultimate goal is have every single episode of Bitcoins and Gravy transcribed and available to you the listener for free - because we love you (Max’s voice).

All new show transcripts will be rolled out Approximately one week following the release of each podcast. We are also working on eventually going back and transcribing ALL of the archived episodes starting with Episode #51 and working our way back until we hit the very first episode, Episode #1, Numero Uno of Bitcoins and Gravy! Our ultimate goal is have every single episode of Bitcoins and Gravy transcribed and available to you the listener for free. These Professional transcriptions are provided each week by one of our fans who can be found at:
http://diaryofafreelancetranscriptionist.com/2015/01/21/free-transcript-project-8/

And of course you can find a link to this website in the weekly show notes.

And a big thank you to the moral support from my friends at The Tennessee Bitcoin Alliance: TennesseeBitcoin.org

Hey yall! Leave me your questions, comments or suggestions about the show and please speak slowly and clearly. I would love to use your voice on the show and your feedback really is valuable to me!

And if you don't feel like contacting me - no worries! Just kick back, relax and enjoy the show! I hope you enjoy listening to my guests as much as I enjoy talking with them!