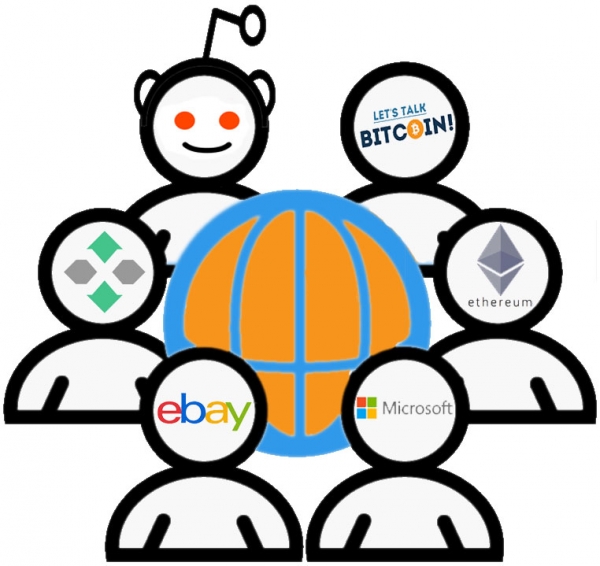 On July 9, 2014, EcommerceBytes reported that eBay is considering "Compensating Users to Post on the eBay Boards." This was revealed when eBay held a "Weekly Chat with the eBay Community Team" on July 2:

"This week, the eBay Community team wants to hear your ideas about rewards & recognition for Community participation."

"In response to a question about what the eBay moderator meant, the moderator replied, 'For example, if eBay were to reward members for their Community participation, what types of participation should we consider? Number of posts? Number of correct responses?'"

While EcommerceBytes said the move "smacks of desperation", I will offer a different perspective. This is a paradigm shift whereby users will actually create and share value of the network and not just transfer (i.e. reallocate) value across it.

The scope of eBay's reward program eBay Bucks could expand beyond purchasing products into the realm of rewarding message board users. While eBay bucks is currently a "walled garden", it is possible that we could see it float through the "gift token" that I discussed over at Bitcoin Magazine in eBay Files Patent Application for Programmable Money." Or less likely but still possible, eBay could let Bucks be freely traded on a platform such as that proposed by IBM (see "IBM Building e-Currency Platform,' including Bitcoin").

In what seems to be synchronicity, eBay posted the weekly chat announcement on June 30 which was just a couple days after Lets Talk Bitcoin! (LTB) launched LTBcoin (see the announcement at "Introducing LTBCOIN, our new crypto-rewards program for LTB Creators and Community)." LTBcoin according to the token's website is "a brand new kind of thing. It is a crypto-rewards system where people who help LTB to be useful are rewarded for their efforts. And it's built on Bitcoin!" In describing LTBcoin (LTBc), I have said "Purchase not required. Participation is" (Twitter). In fact, you can't buy LTBc from Let's Talk Bitcoin! However, everyone and anyone who participates in the Let's Talk Bitcoin Network (LTBn) is rewarded and distributed LTBc based on their participation. Content creators receive the most LTBc for their efforts but anyone can submit content (blog posts, podcasts and videos). Similar to eBay's value proposition, 2.25 million LTBc were initially distributed to LTB community members with five or more forum posts and a registered "LTBcoin Compatible Address." LTBn is continually innovating and released "Magic Words" on July 17 in which a "magic word" is spoken on the podcast and listeners "redeem" the word on the Let's Talk Bitcoin website and are rewarded five times as many LTBc as if they had read an article on the Let's Talk Bitcoin website...Yes, even reading an article on the website is worthy of an LTBc reward.

Ethereum is a distributed application software platform often referred to as "Bitcoin 2.0". While Counterparty works on top of the Bitcoin blockchain, Ethereum is not compatible with Bitcoin (also see Overstock.com's o.info "How to issue a cryptosecurity"). On June 4, prior to Ethereums ether sale, Ethereum posted a YouTube video of Chief Communications Officer Stephan Tual entitled "What is Ethereum?". This video is the explainer that visitors first encounter when entering the Ethereum website. Tual explains that:

"...another interesting application of this concept {of distributed application software} is that today on Facebook if you help identify artists that subsequently become successful by pressing the like button that value goes to Facebook advertisers not the content producers, not you. On Ethereum on the other hand both the content creator and the early adopter will be rewarded for identifying that artist. Its a brand new revenue model that never been seen before and it can completely revolutionize the way we think about revenue on the internet today."

One has to wonder what Reddit has in store for their community after it was disclosed on Reddit to much fanfare (i.e. it made the Bitcoin sub-Reddit front page) that Reddit is hiring a "couple" of Cryptocurrency Engineers. While it is conjecture on my part, the shift towards users not just participating in the network but creating value based on their interaction with it cannot be dismissed.

Reddit explains in "Why should I try to accumulate karma?" that:

"Why should you try to score points in a video game? Why should your favorite sports team try to win the championship? ...Or, to look at things from a less competitive and more altruistic perspective, read what philosophers have said about the matter -- namely, don't set out to accumulate karma; just set out to be a good person, and let your karma simply be a reminder of your legacy..."

It is likely (In my humble opinion) that Reddit will create real world value out of its Karma and Karma earned to date could be rewarded to its users as a "pre-mine." Stephen Tuals (COO of Ethereum) remarks about Facebook likes could easily have the same value proposition for Reddit Karma which is determined by user "upvotes."

As an interesting side note, Karma was also the name for a proposed "peer-to-peer virtual currency" in 2003. According to the website at Computer Science Department Cornell University: "Its main advantage is that it is not controlled by any single entity. Its implementation, along with the means for the control of its supply and value, are entirely decentralized."

On July 31, the United States Patent and Trademark Office (USPTO) published Microsoft's patent application 20140214607, "Global Currency of Credibility for Crowdsourcing Marketplace for Work." The application was initially filed on January 29, 2013.

Following is the abstract of this patent application filing:

Microsoft's technology should sound familiar because it appears to be similar to Amazon's Mechanical Turk which has been referred to as the "largest marketplace for work online" (see Amazon Mechanical Turk Crowdsourcing Marketplace for Work - The Cloud Show (CS&A Series) [YouTube]). Mechanical Turk according to Amazon's website "gives businesses and developers access to an on-demand, scalable workforce, workers select from thousands of tasks and work whenever it's convenient." Surprisingly I could not find a reference to Amazon in Microsoft's patent application. In particular I believe (?) that Amazon coined the term HIT or "Human Intelligence Tasks" which Microsoft freely uses throughout the filing.

Not long after Amazon released Mechanical Turk ("Artificial Artifical Intelligence") in 2005, Salon.com ran a peice by Katharine Mieszkowski "'I make $1.45 a week and I love it': On Amazon Mechanical Turk, thousands of people are happily being paid pennies to do mind-numbing work. Is it a boon for the bored or a virtual sweatshop?

Fast Company's David Zax notes in "How Amazon Mechanical Turk Fails Low-income Workers, And How It Can Succeed" that

"Most of its tasks are miniscule, and so are the wages--usually measured in cents. But one of its most intriguing possibilities that it could provide employment for some of the world's poorest people."

"... a study by Microsoft researchers shows that MTurk's user interface is too complicated for those with limited computer literacy to navigate. The researchers also suggest a new, more navigable interface that could fulfill MTurk's promise as a means to elevate the situation of global low-income workers."

Microsoft doesn't offer a screen capture of its user interface to determine if it is more "navigable" than Amazon Turk nor does it mention if this "currency" is especially useful for the poor or unbanked.

Microsoft explains that global currency is

Frankly it is a bit confusing to me how Microsoft is using "currency" in this context. Patents are notoriously difficult to understand (on purpose) and I do not claim to understand the finer nuances in this model. My understanding of technology is usually heuristic. What I mean by this is that I actually have to take it for a spin before I understand how it works.

Microsoft notes in the patent application that:

I'm not certain if Microsoft is creating or transferring value here...but one thing is for certain, new value creation models based on user participation are being unleashed with the push of "Bitcoin 2.0" and industry giants are scrambling to keep up.

Top Reviewers On Amazon Get Tons Of Free Stuff (NPR)