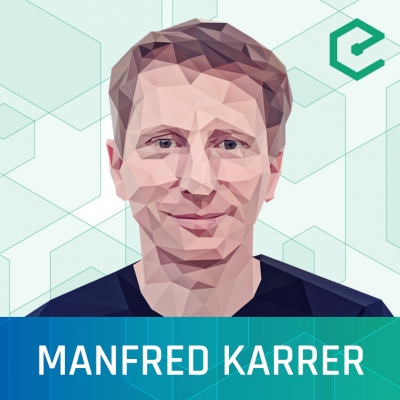 Exchanges are often criticized as a central point of failure of the cryptocurrency space. This isn't without justification as, in recent years, we have seen a number of exchanges get hacked, robbed, or embezzled by their founders, which is far from insignificant. One proposed alternative are decentralized exchanges that would allow people make peer-to-peer trades using sophisticated smart contracts. However, there remains the fundamental challenge of interfacing with the legacy banking system.

Manfred Karrer joins us for a lengthy discussion on Bitsquare, a decentralized cryptocyrrency exchange which supports most fiat currencies and cryptocurrencies. Built to be a decentralized equivalent of LocalBitcoins, the Bitsquare client, which connects to the peer-to-peer network, uses Tor by default, which makes it almost completely anonymous. There are also a number of safeguards in place to eliminate the potential for fraud and theft, as well as an arbitration system to resolve disputes between traders.

Topics discussed in this episode include: