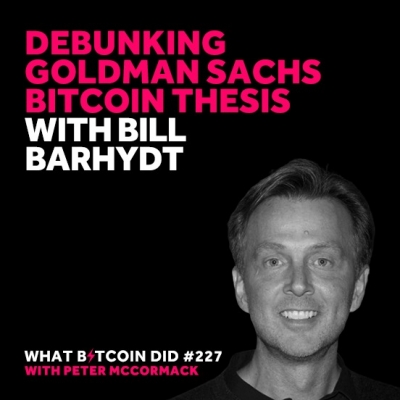 This week, Goldman Sachs held an investment advisory call for its clients during which it slammed Bitcoin as an investment and refused to accept it as an asset class.

Goldman's take on Bitcoin was in equal parts bearish and ignorant, with the investment bank listing five reasons for not classing Bitcoin as an asset or a suitable investment:

Bitcoin does not generate any earnings through exposure to global economic growth.

Bitcoin does not provide consistent diversification benefits given its unstable correlations.

Bitcoin does not dampen volatility given historical volatility of 76%. Goldman points to March 12 when bitcoin fell 37%.

Bitcoin does not show evidence of hedging against inflation.

Goldman raised numerous regularly debunked points as a negative, from scarcity to hard forks to illicit use cases, and compared Bitcoin to the Tulip mania of the 17th century.

Godman's investor call is not Bitcoin's first time Wall Street has challenged Bitcoin. In 2017 Jamie Dimon, the CEO of JP Morgan called Bitcoin a fraud and Warren Buffet has called all cryptocurrencies worthless. So why do some on Wall Street refuse to accept Bitcoin? Is it down to ignorance or does Bitcoin threaten their business model?

In this interview, I am joined by Bill Barhydt, the CEO and Founder of Abra. We discuss and debunk Goldman Sachs' arguments against Bitcoin as well as the reasons behind their lazy research.