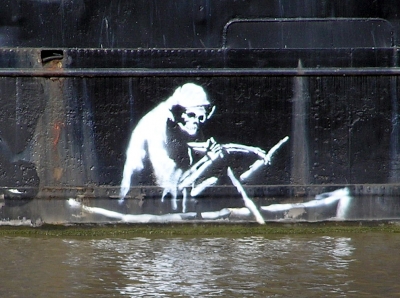 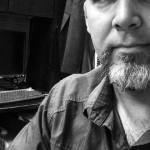 What happens to your bitcoins when you die?

For some of us outliers in the US cryptocurrency community, those of us old enough to have grown up without a computer in the home and who learned how to type on an actual typewriter, the twin certainties of death and taxes are on our minds more than on others'. In this regard, crypto presents unique challenges. How do we pass on our bitcoin wealth, and legally avoid unnecessary estate expenses, but also protect our private keys while we are still alive?

The world of estate law (the law governing the management of a person's assets, with an eye on how they will transfer after he or she dies) contains some suggestions. These ideas, however, center around wrangling crypto into a noncrypto world. For example, the proposed Fiduciary Access to Digital Assets Act (FADAA) would simply give trusted third parties enhanced rights (and liability protection) to force a software or hardware company to divulge private information. That may be necessary in some situations, but I'm sure the crypto community can come up with a better and more generally applicable decentralized, autonomous solution to minimize the need for trusted third-parties and gatekeepers, along with their associated privacy risks and fees.

Why is the status quo unsatisfactory? The main problem with legacy estate law is that it requires the disclosure of private keys to third parties like executors, trustees, agents operating under power of attorney, conservators, and personal representatives so that they may access and distribute the decedent's digital assets. Thus, the trust factor is reintroduced into an area of the cryptocurrency arena that was doing just fine without it. Not only must we trust that these third parties will not access our wallets while we are living, but we must also trust that they will keep the private keys secure and provide continuity of care in the event they predecease us. Continuity of care requires the introduction of even more third parties, but is necessary and even required under some state professional responsibility codes when attorneys and other professional fiduciaries are involved.

Another deficit of the legacy estate system is that it necessitates the inclusion of gatekeepers: probate courts and judges, magistrates, executors, attorneys, and state agencies (e.g., vital statistics departments). In even the simplest of situations, where all the necessary information is known and all the heirs are getting along, these gatekeepers impose costs in terms of both time and money. When information is absent and heirs disagree, those costs can be extraordinarily high. Sadly, the latter scenario is far too common.

Estate law is a required course in law school. I suffered through it and swore I would never practice it when I became an attorney because it captures the human species at its very worst. The cases usually have the same last name on each side of the "v.," as in Jones v. Jones or Smith v. Smith, because some relative feels they got the short end of the inheritance stick and decides that the only way to be vindicated is to blow up the family. These fights rage on because both sides are empowered by a legal system and a legal profession that stand to profit from the dispute. Family relationships are devastated and family assets dwindle in the process. Insert the technological difficulties and relative unfamiliarity of crytpocurrency, and you are simply adding heavy fuel to those fires, fires that can only be snuffed out with the loss of additional time and money.

Satoshi was right. We need to continue to keep trusted third parties and gatekeepers out of our digital financial lives as much as possible, both during our lives and after our deaths. The problem, however, is that there is no clear way to accomplish this within the Bitcoin protocol, . . . or is there? I am no coder, and my computer competency is just deep enough to make me dangerous. Still, we need to consider this question, so allow me to kick it off and allow other, more sophisticated members of the community to take it further.

In my view, we are looking for a mechanism that allows a wallet holder to send a percentage of his or her wallet balance, whatever the balance may be at some indeterminate time, to another wallet upon his or her death. There are a couple elements here that we need to parse out.

First, the transaction needs to take place in the future. As I understand it, this parameter (or something very similar) already exists within the protocol. The function is called "locktime" and it is a major feature of distributed-blockchain contracts that allows a payment to be made from one address to another after a specified period (n) has passed. Without additional criteria, such a function could be used as a crude estate-planning tool by selecting a date beyond the reasonable life expectancy of the initiating party. However, the initiating party would not be able to change their mind and a beneficiary might have to wait years before they receive the asset. A lot could happen in that intervening period to make such a transaction unpalatable.

To make this function better for autonomous estate-planning purposes, we need to modify or build upon the locktime function to allow us to modify the transaction date repeatedly. If this were possible, we could set up transactions to our heirs on New Year's Day of each year, to be distributed, for example, exactly one year in the future. If we pass away within that period, then the transaction propagates. If we do not, then we modify the transaction on New Year's Eve to take place in another year, repeating the process until we are no longer around to do so and the transaction kicks in. In the meantime, this flexibility allows us to adjust who our beneficiaries are, the amount they would receive, or to suspend the transaction altogether at any time. In other words, it gives us the flexibility of the existing estate law system (e.g., rewriting a will) within the autonomy of the Bitcoin protocol.

The second element to address is the amount transferred. With the current locktime function, the amount of the coin transferred is specified and then removed from the wallet. However, in the new estate planning space that we are creating for ourselves, while we want our heirs to inherit what is left over, we might also want to spend some of our bitcoins in the meantime. Having to deplete our wallet balance in order to make a contingent locktime transaction, even if only temporarily, could be inconvenient. What if we could modify the function to allow for a percentage of the existing wallet balance to be transferred? For example, I might schedule a transaction to my daughter to be completed a year from today with the amount set at 25% of the balance existing in my wallet at that specific time. I could then accommodate multiple heirs with precise percentages and not have to worry about changing the transaction each time my wallet balance changed.

In this scenario, I could set up wallets for each of my beneficiaries, making sure the private keys were preserved (e.g., in a safe). Then I would teach them how to use the technology, instructing them to get their own wallets and move their distribution out of the interim wallets and into their own, secure wallets upon my death. This prevents my private keys from being compromised and minimizes the period of time that the interim account is vulnerable. (It will not be used except at the moment the contingent locktime transaction is made and then transferred out to the beneficiaries' wallets.) It also ensures that the locktime transaction can be recovered. (The private keys are kept in a safe place known to me and the relevant beneficiary.) All of this may be accomplished autonomously, with only myself and my beneficiaries playing an active role.

Another use of this system would be to safeguard wallets in the event of lost private keys. For example, on my birthday each year, I could create a locktime transaction to transfer my balance (0%-100%) to another address on my following birthday, unless I rescind it before that magical date arrives. In the interim, if I lose my private key, there is a contingency in place that allows me to recover my balance in the new wallet with just a little patience.

Getting back to estate planning, an autonomous system of this nature is similar to the legacy estate-planning system's pay-on-death (POD) or transfer-on-death (TOD) account. There, an account holder designates a beneficiary and informs the institution that holds the account of their identity. During the principal's life, the beneficiary has no right to the account, but title and right vests immediately with the beneficiary at the moment of the principal's death. This allows the account to be distributed to the heir(s) (the designated beneficiary) outside of probate. The drawback, of course, is that the beneficiary has to obtain and present to the bank a certified copy of the death certificate in order to take possession, which can waste time and money.

A contingent timelock percent-balance transaction is clearly superior, since it accomplishes everything a POD or TOD account does, while keeping the gatekeepers (in this case, the institution issuing the death certificate and the institution holding the account) out.

There are a lot of nuances to the estate laws of any given jurisdiction, and a lot of complexities go into an estate plan. This discussion is, by no means, an attempt to cover any of that ground or to provide legal advice to the reader. Rather, the goal here is to kick off a discussion of a basic wallet/protocol function that could be one strategy in an overall estate plan and, most importantly, one that minimizes the drawbacks of the legacy estate-planning system and its reliance on third parties and gatekeepers.

In other words, I'm hoping we can answer the question, "What happens to your bitcoins when you die?" with, "No worries. It's in the blockchain."