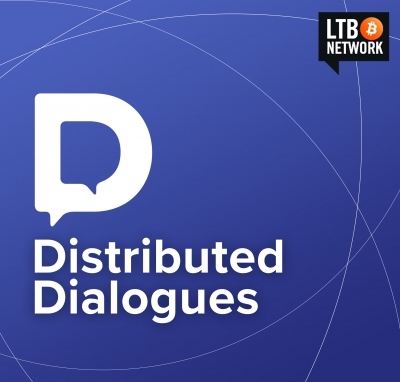 "Remember the story of Frankenstein. Frankenstein wasn’t the monster; Dr. Frankenstein was the young scientist who was so excited about what he could build that he didn’t forsee the possible ramifications… I hope that the new age coming to mankind remains one where the consent of the governed still matters."

This episode was recorded at the 2018 Distributed Conference in San Francisco, CA. Sometimes there is streetcar noise--such is life.

As a currency, Bitcoin is not controlled or supported by a third party entity such as a bank or government. And while the idea of everyone using a currency that no one controls can seem chaotic and counterintuitive, many people see it as the best alternative to the internet’s current paradigm.

Recently, it’s been made clear that paradigm is one where an online user’s most intimate information can be readily accessed by third party entities such as Google and Facebook and sold to companies with more nefarious goals, like Cambridge Analytica. One great hope of blockchain technology is that it could help create a new version of the internet that puts control of privacy and trust back into the hands of its users.

In this episode we speak with David Chaum, cryptographer and creator of Digicash, Rebecca Lerner, Executive Vice President of the Mad Network, Reuben Yap, COO of Zcoin and Patrick Byrne, CEO of Overstock.com and Executive Chairman of tZERO.

This episode is sponsored by: MAD & Zcoin