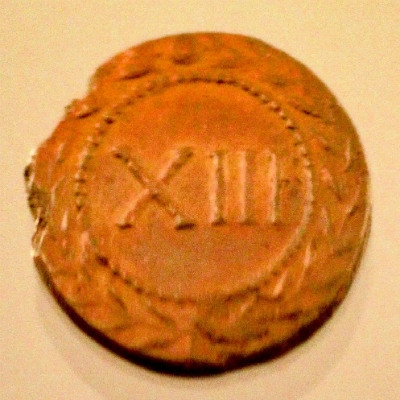 Crypto for Change - Fund Your Game, Community or Project with Digital Tokens

Imagine you have a thriving online community -- or any community, really -- full of enthusiastic people with a common interest, but no way to reward participation or monetize your project.

Maybe you run a simple Magic the Gathering forum, or a complex online game, or maybe you are an independent artist and want a way to support your efforts? How can you incentivize your patrons and grow your community? How do you pay for your server costs? And what about buying beer, or coffee, or whatever you need to stay sane? You love your community, but you do not have an easy way to monetize your efforts.


You’ve probably heard about how World of Warcraft gold is sold and traded and has value in the real world because it is in demand among that community. What if there were an easy way for you to create a similar token for your project? All you would have to do is find some ways for your community to use it and give it value, and suddenly you have something with which to reward members of your community and that you can even sell to pay your bills.


Well, thanks to cryptocurrency platforms such as Counterparty or Mastercoin, you can actually do that pretty inexpensively and with very little effort. For the first time in crypto history, you can now create your own token or asset and use it to transfer value to people around the world as easy as with Bitcoin. With these tools, it just takes a little bit of money, a few clicks and you’re off! You don’t even need any complicated computer networks to mine your tokens. In no time, you can be distributing tokens easily to any member of your community. All you need is their addresses.


Both Counterparty and Mastercoin add these user-created token functions on top of Bitcoin. Your users simply create an online wallet and, with a little bit of Bitcoin, they will be able to send your tokens to each other and use them to transfer value. You can then create incentives for using these tokens that immediately give them value, and your community will create even more value as it grows.


Here is an analogy I like to use that easily explains how these tokens gain value. Have you ever been to an arcade or theme park? These businesses use the exact same model, with tokens that their customers must acquire to enjoy the games and rides.


Typically, when you go to an arcade or theme park you have to purchase tickets, a wristband or tokens of metal or plastic. You then use whatever it is to gain access to theme parks rides or arcade games. Bits of worthless material now have value to you and other people and you will happily use your hard-earned cash to pay for them.


Digital tokens work in the same way. They are worthless by themselves but they gain value when they are used by a community that values them and exchanges them for goods or services. By creating some digital tokens, you can now the same business model for empowering and supporting your community.


The biggest difference is that you cannot usually sell the tokens or wristband you purchase from a theme park back for the dollars you paid for them. Similarly, the tokens at an arcade will only ever allow you to just play a game or ride an attraction. Your digital tokens give your users more power because they can be traded on, for example, Counterparty’s distributed exchange. There is no need to have to worry about getting your token listed on a third-party exchange, but that is indeed another possibility to make your token accessible to a wider market.


Let me give you some examples of how people are utilizing digital tokens right now to create value for their communities at large.


Let’s Talk Bitcoin started off as a simple podcast about a year ago and has grown to become one of the largest media networks for the cryptocurrency world. The Let’s Talk Bitcoin Network is also now one of the first tokenized platforms to be devised.  Three weeks ago they officially launched their new coin dubbed “LTBCOIN” or “LTBcoin”, which utilizes the Counterparty protocol and is limited to a fixed amount of 510,000,000 LTBcoins that will ever exist.


Newly-minted LTBcoins are handed out each week to members of the community in return for their contribution. Content creators are rewarded for publishing content, such as podcasts and articles, while audience members are rewarded for a range of things, from reading articles to participating in the forum.


The LTBcoins users acquire can then be exchanged back with the LTB Network or the community in a variety of ways. Buying ad space is one.  Each week, community members run a number of auctions and are rewarded for the job in LTBcoin. These auctions allow community members to purchase ad-space on LTB podcasts and spots on the homepage.


Since there is a way use these tokens, they immediately attain some value. For example, the only way you can purchase ad space on the LTB Network now is to acquire LTBcoins and win an auction. The LTB team is working hard on coming up with even more ways for their customers and members to utilize these tokens and community members are also stepping forward to exchange goods and services for LTBcoin.


All the tools the Let’s Talk Bitcoin Network are building for their own use will be released as open source, which means you will be able to use and adapt them for your own needs free of charge and with relatively minimal programming work required. Your programmer will be able to easily access these functions through an Application Programming Interface (API) that is being developed.


Tatianacoin is the first-ever artist-based cryptocurrency created by none other than Tatiana Moroz, a musician who got involved in the Bitcoin space in 2012.  She hooked up with the minds at cryptocurrency crowdfunding platform CoinPowers.com,  to create the first music artist crypto-powered crowdfunding campaign.


During this campaign, Tatiana’s fans and supporters sent her bitcoins through her CoinPowers campaign website and, in exchange, they received the TATIANACOIN token, which Tatiana created on Counterparty.  On her crowdfunding campaign website she writes:


“TatianaCoin will function as the primary token in which exclusive access to Tatiana gear and events will be made possible. Fans holding TC will find themselves in a unique place to spend and trade their TC for special prizes and performances made possible by Tatiana herself.

So what exactly does the Tatiana Coin get you?  You can redeem your TC for members only rewards including autographed memorabilia, music, crypto jewelry, clothes, and access to “invite only” events where you can meet and mingle with some of the biggest names in Bitcoin and beyond.  We are even offering custom music, personalized concerts, and sponsorship opportunities!  Prizes will be added throughout the campaign, so be sure to check back.  The goal is to set a strong precedent for enabling artists to connect directly to their fanbase through the power of a crowdsale of TatianaCoins.”


Tatiana is not a computer programmer. She is just an artist with a dream, who loves what she does and wants to do more and involve her fans in her music career. All it took was a little help from the CoinPowers people to launch her token.


Any artist, celebrity, or indeed anyone with an attractive proposal can do the same kind of fundraising right now. While it is taking Tatiana some time to sell her tokens and reach her funding goal, you can easily see how a similar initiative by a better-known artist could even turn out to be an excellent investment.


Game designers, such as the HunterCoin developers, are experimenting with using crypto-tokens in order to monetize their game and incentivize gameplay. Let me explain.


Say you have built your own Android game and you are not seeing the growth you expected. Tokenize it!  Create a digital token, limit its supply and reward users each week at a controlled depreciating rate with tokens for playing your game. Advertise the fact that you are giving out tokens more generously at the beginning and you will entice early adopters eager for a bigger payout.


Again, if the token is created on top of a system like Counterparty, users will have the ability to exchange your tokens for Bitcoin or other assets on a distributed exchange. And and so will you, as the creator of the game! This means you can bootstrap your game operation with your own currency and pay for community help in your own coin, in the same way Let’s Talk Bitcoin and Tatiana Moroz are bootstrapping their projects.  Besides, you could offer in-game purchases for your users to spend their tokens on, so your tokens immediately take on value and your game continues to generate funding.


Your players will appreciate this too because you will essentially be paying them to play your game, thus growing and empowering your community. Wouldn’t you rather play the version of scrabble that pays you, instead of something like “WordsWithFriends” which does not?


As you can see, cryptocurrencies are empowering people and changing the world in a variety of ways that go beyond ordinary financial transactions.


Today, for the first time in history, everyday people have the tools to create and distribute their own tokens of value outside of using traditional currencies or a any networks of computers engaged in complicated cryptographic computational mining.


All you have to do is figure out a way to utilize these possibilities in your own projects, and you will find many cryptocurrency enthusiasts and professionals who will happily give you a hand. The Let’s Talk Bitcoin community forum is a great place to discuss your ideas and get feedback and help.


The world I see in the not too distant future is filled with lots of digital tokens that power all kinds of projects, and people will be paid in these tokens for doing things they love.  As we say at Crypto for Change, “The dimes, they are a-changin’”.


You don’t need to be tech-savvy to join in, contribute and benefit. You just have to think a bit more about currency and where its value comes from. Remember: value is an illusion. The dollars in your pocket are only valuable because people think they are, when in reality they’re are just fancy pieces of paper.


Follow the Crypto for Change blog as we continue to explore how you can use these ideas to fund your own projects.


Image of Roman spintria, a bronze or brass token used in ancient brothels, courtesy of Matthias Kabel and licensed under Wikimedia Commons.