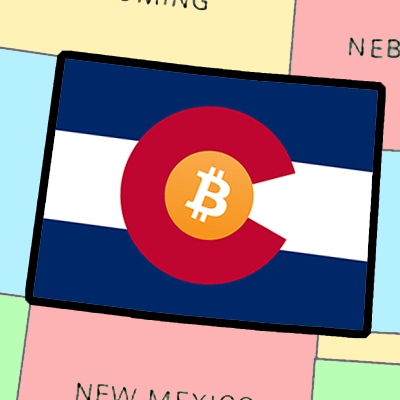 I attended the University of Colorado Boulder Bitcoin Club's official hackathon, Coin-orado, this past November. Over 50 participants, including many exciting Bitcoin personalities, gathered for the event. Here's my recap.

Coin-orado, Colorado’s first official Bitcoin competition, took place on November 14th, 2014 in Boulder, Colorado. The 24-hour event, organized by club co-founder Broc Kanady -- a senior majoring in Operations/Information Management -- featured teams of students, professionals, and enthusiasts from the University of Colorado and surrounding community. Teams were tasked with creating a Bitcoin related project and presenting how it could be financed and brought to market. Prior to the event, student participants were introduced to Bitcoin concepts and resources via a series of workshops delivered by Kanady, Ian Ker-Seymer -- the other club co-founder who is a senior studying computer science and psychology -- and Dawson Botsford -- a junior majoring in computer science.

The event was made possible by sponsors including Chain, Blockchain, XBTeller, SoftLayer, and Zayo Group. Mentors from the Bitcoin field were also in attendance to support teams with their projects. One such mentor, Charly Hine (Product at Chain API) a UCB alum, aided teams in developing their applications utilizing the Chain API. Referring to Chain's incentives for participation Hine stated:

We want people to build great things. Anything we can do to make things easier than they were for us when we started the company.

Addition prizes of 1.5 bitcoin each were also awarded by XBTeller and Chain to teams addressing specific use-cases with their applications.

Coin-orado was run in affiliation with the non-profit organization College Cryptocurrency Network (CCN). CCN’s website describes the organization as follows:

a hodgepodge of 'Bitcoin Clubs' at Stanford, MIT, and the University of Michigan [that formed] in early 2014 as a means to properly educate young people about the potential of this incredible new technology. The Network has since spread to every habitable continent, with well over 100 chapters, from Kenya to the Philippines, from middle schools to PhD programs.

In the spirit of distributed networks CCN provides organizations access to a pool of resources for use with their own communities. Although Coin-orado was Colorado’s first Bitcoin hackathon, it is just one in a growing list of such events to take place across the globe. New York University also hosted a hackathon over the same weekend -- another indicator of the growing trend of Bitcoin enthusiasm in collegiate communities.

This comes in wake of the recent 2014 Money 20/20 Conference in Las Vegas that, despite being open to project of all forms, saw over 40% of teams work on Bitcoin related applications. I believe such events may only be the tip of the spear for such activity in the future.

On a personal note, I left the Coin-orado event with a true sense of optimism for the future of Bitcoin and blockchain innovation. Seeing the capabilities, energy, and enthusiasm of future professionals creating Bitcoin applications provided perspective to the potential scale of development. Bitcoin is a movement that is gaining momentum amongst students and young professionals.

Given that blockchain technology has only existed since 2009, it comes as little surprise that the emergence of Bitcoin related clubs at universities is only a recent phenomenon. Given the current small scale, the potential impact such clubs may ultimately have on the collective Bitcoin ecosystem may be significant:

We see our mission as going beyond just the University of Colorado. Its about bringing the greater Boulder community together to educate everyone on Bitcoin. ---Broc Kanady

Our goal is to dispel the myths surrounding Bitcoin and raise awareness about ‘Bitcoin the technology’. We want to make people aware that Bitcoin can be used for more then just sending money to a friend. ---Ian Ker-Seymer

With these kinds of leaders coming into their own, it leaves little doubt that innovation and education pertaining to blockchain technology are just getting started.

Jackson Xia, undergraduate at CU-Boulder, covered the event. His video-recap can be viewed on youtube.