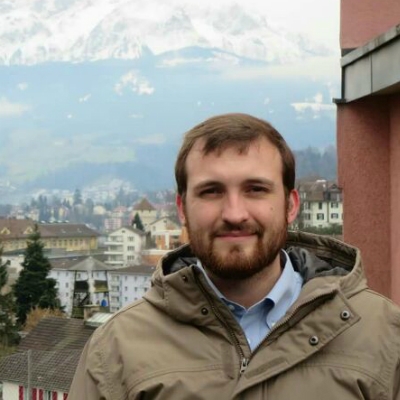 From time to time, I enjoy investing an afternoon considering politics and the state of affairs here in the United States. Our country is the first hyperpower forcing all other nations to consider us in whatever policy happens to be the day's grock. This reality is divorced from ethical or moral metrics and the war on drugs is no different.

For whatever reason (religious, practical, dystopian, etc), policymakers in the United States have continuously decided to label a behavior or substance as dangerous to the social fabric(tm) of our society. Prohibition is the standard example and its spectacular failure is somehow forgotten. We saw and acknowledge the rise of the modern mafia. We saw the decentralized nature of resistance through bootleggers (some say one who's kid become president) and the FBI form to stop the bootleggers empowering J. Edgar Hoover to terrorize two generations of Americans via illegal spying and blackmail (including Martin Luther King). Yet why have no lessons been learned?

The war of drugs is a leviathan that has imprisoned millions of Americans (vastly disportionate for minorities), formed massive bureaucracies such as the DEA and their state equivalents, and like Hoover's FBI slowly transformed society to both militarize the police and make their actions somehow ok. Where in this process have we asked what the goal exactly is? Why are we as a country destroying families, imprisoning millions and treating addicts as hardened criminals? Why have we created an industry that robs us of our constitutional rights and turns our police force into something resembling the Stasi?

I honestly don't have a good answer. There is perhaps an historical context that could be explored and used to synthetically explain why we are somehow comfortable as a nation using a plato like ideal social fabric(tm) to justify incarcerating millions for non-violent crimes. Yet this leaves a putrid taste in my mouth.

The United States drug policy is simply put immoral to the core. If drug use results in damage to one's relationships, then hold people accountable for their actions. But instead we say that Heroin somehow is more damaging than alcohol? Marijuana is a gateway to personal destruction (except for when our presidents smoke it [1] [2] )? I guess Colorado is doomed then :).

Now enter Ross Ulbricht the dread pirate roberts. He isn't a very nice person. No one running a drug cartel really is a nice person. But he isn't a Zetas Cartel kingpin proudly displaying the heads of his enemies. He is a programmer who saw an opportunity to use emerging technology to enrich himself without regard to the current egregious law. He believed that he could stay hidden thanks to the nature of Tor and Bitcoin. He also believed that a decentralized marketplace could reduce the violence associated with the drug trade (which is fair considering that violence comes from the prohibition not the other way around).

And the fruits of his labors were a modest marketplace that was the safest and lowest violence drug exchange in the world. It also allowed suppliers to directly sell to consumers cutting out the middleman who usually end up being pretty evil. Compared to the Golden Triangle, a relatively small amount of funds changed hands and consumers got their substances. The vast majority didn't go crazy and grab chainsaws for some Tony Montana action. The vast majority didn't destroy their families and social networks. The vast majority are still living their lives amongst us going to work, church or vacations. Somehow the social fabric(tm) the government must protect hasn't been torn.

Yet Ross now gets to spend the rest of his life in prison as a living symbol of the war on drugs. He has effectively become its Nelson Mandela. The Silk Road won't go away. Those who are knowledgeable about cryptography and the nature of the internet will cite technology like Openbazaar and other such systems as the bittorrent moment of online drug trade. Ross's imprisonment will send no message contrary to what the prosecutor suggests, it just increases the stakes for anonymity and the amount of potential profit from the trade.

The countermeasures will inevitably be a war on cryptography (I should trademark that one) and internet anonymity. To protect the social fabric(tm), the United States must rob us of our privacy and autonomy. We must accept that all packets need to be inspected. Secrets are illegal. And no doubt massive government budgets must be increased. Think of your children!

I'm really done with this madness. We supposedly have a republic and have the right to change things. At this moment, I'd like to divide the bitcoin space into two groups. Those that complain about the injustice of Ross's sentence and those that do something about it. I'm going to do something about it. My company is going to build some great tools to preserve personal privacy (that thing we have a constitutional right to) and make sure they are open source and well distributed.

I'm also going to ask everyone in this space to be in the second bucket. Do something about this injustice. Think about the software you could write. Organize meetups and spread the word. We didn't like our money or the banks so we made new money. Is in inconceivable that we can make a new society with a social fabric that's actually worth protecting?