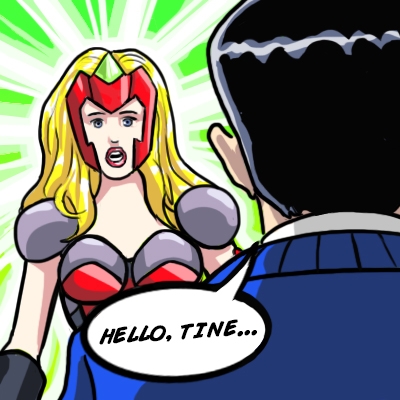 Previously in epiodes 1 and 2: Tine attacked the Naga Sib chain worm, but it had infected another chain, meaning it could reestablish its presence on the NetherChain. She needed to kill it on both chains, or it would simply come back to life. If she could kill it, she would collect a huge bounty, and perhaps find out more about the worm, and who was behind it.

Tine was well prepared this time, rather than rushed. Theo finished automating the NetherChain attack that they had used previously, while Tine crafted her next attack of Naga Sib on the RustyChain, an old chain with considerably more character and a reasonable track record on security.

RustyChain was the source of the funds used to start the new instances of Naga Sib on NetherChain. Tine verified that the chunk of data that each instance contained, and passed along, included code to create new apps for both chains. If the pair running here were terminated, they could possibly restart from the NetherChain pair. She would hit all four simultaneously.

Tine ordered a large five-cheese pizza to go from newyorkpizza.nl. This was her favorite place—New York Pizza on Noblestraat. They used her favorite local cheese, Goudse kaas (Gouda), and Tine devoured more than her share of the pie as she prepared herself for the night's aggression.

Theo had set up a local NetherChain testnet and had even practiced. He was prepared to tweak Tine's previous strategy, in case things went differently. He was ready.

Tine washed down the last bite of pizza with the rest of her Fanta, and sat down to do battle. Theo was waiting at his computer. "Time for payback," she said, "followed by payday!"

She settled lightly into her chair, and sent the initial transaction to start an app on the RustyChain. That app started a new one, which began tracking the Naga Sib apps. Next came another seeker app to identify and attack the second twin. "Let the battle begin, Theo," she proclaimed.

With that, Tine's command-and-control script sent a message that initiated the carefully choreographed sequence of events on the NetherChain. The watcher app was compromised and began the search for signs of the Naga Sib apps.

Only a small fraction of a second passed between the time that the fourth and final Naga Sib app was identified and the moment they were all terminated. Tine's scripts always tried first for quick, decisive victories, before resorting to traditional ways.

Due to a serious hole in RustyChain's security, Tine's script was able to overwrite the contract code for the Naga Sib apps. On NetherChain, the apps were simply stripped of their money, and marked for deletion. 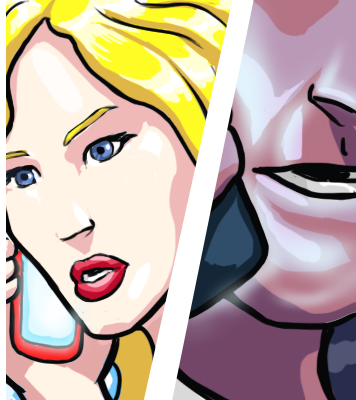 Her phone rang and she answered reflexively. Tine's hunch was right. Her sponsor had heard the news.

"Tine, you have an instinct for this. Well done!" said her mysterious friend. "I signed the transaction. You got your 10,000 BTC."

Tine smiled and pumped her fist in the air, as she confirmed it on the blockchain.

"I want to offer you a career opportunity," he mentioned casually.

Tine paused to digest his words, then asked in a confrontational tone, "Who are you? What kind of job? Why did you pay to have Naga Sib stopped anyway?" she challenged, as her eyes narrowed.

"Meet me midday tomorrow in The Hague if you want to find out more. Now's your chance. Or just go enjoy your money and live an easy life," he said teasingly.

He spoke slowly and clearly: "Herring stand, about 100 meters south of the main entrance to Scheveningen Pier at 12:00 midday. I'll be wearing a blue sweater."

Tine held the phone up and stared, despite the call ending. "Who is this guy?" she asked the phone.

Tine took off in a hurry the next morning, already well into her to-do list. Theo was well into his first cup of morning coffee. Their eyes met briefly as she gathered her things, and they smiled.

"I'm off to lunch with someone in Den Haag. I'll pick up a couple things in Delft on the way home," mumbled Tine as she gathered her laptop bag, purse, coat, keys, phone, and umbrella. "I'll be back before dinner time."

"Fine, I'll see you then," was Theo's reply. "I'm gonna document what we did. It might come in handy some day." He watched anxiously as Tine trudged out the front door.

The sun was shining today, which was a good sign, thought Tine as she drove her car down Zwolsestraat, toward the beach. It was the kind of day when you could just roll down the window and get lost in thought.

Was she going to meet a wealthy recluse who invested a fortune in NetherChain and took a personal interest? Perhaps a government agent, who took care of problems and recruited new talent at the same time, by paying bounties to people like Tine.

Perhaps he was a headhunter who sought opportunities? More likely a core developer involved with security for NetherChain! Or for a competitor. Something more nefarious?


Lunch at the Pier

As Tine walked south, she spotted a dark-haired man in blue ordering food. Their eyes met and he motioned to her. Tine approached him slowly, sizing him up as she walked.

"Goede middag, Tine," was his greeting, offered with a warm smile and a healthy dose of pride at his apparent mastery of her language. He'd been looking forward to visiting for some time, and the pages in his Dutch dictionary were worn.

They ordered herring rolls and beer, and ate at a nearby table. Tine continued to visually search him for clues, aside from his obvious love of herring rolls.

"A herring a day keeps the doctor away," she finally remarked, gesturing at the roll he was currently devouring. None of her friends would use the word "patient" to describe Tine, and after a minute she finally asked, "Who are you?"

"Online I'm Kinaree," said the man once they were both seated, "but my friends call me Oak." He paused a moment for effect and added, "I created Naga Sib."


What Color's Your Hat?

Tine felt confused and she wasn't sure whether she felt more angry or curious. They shared a moment in silence before she blurted out, "Your code runs assassination markets!"

"Yes. Do you think we did it better or worse than the competition?" he asked casually, avoiding eye contact. "These markets flourished before us, and adding one more small marketplace hardly makes a difference." Oak remained calm, apparently expecting a guarded initial reaction.

"With so many decentralized services running on these chains, our civilization increasingly depends on keeping them operational. Yet they don't take security seriously; they cut every possible security-related expense from their budgets until a terrible incident takes place." He ate a few fries in no particular hurry and continued. "They need to be reminded why hiring a top chain lord is so important."

"So you're some kind of altruistic, white-hat hacker who keeps the stingy chain operators honest? Give me a break!" replied Tine indignantly.

Oak gave her a few seconds to cool off while he gulped his beer. "Know how defense lawyers are always criticized for defending murderers and thieves? Well they are necessary to ensure some degree of fairness in the system, so innocents will not be prosecuted as often."

Tine still looked confused, and she bit her bottom lip.

"My chain worm is like that. It's a necessary evil that ensures a reasonably safe environment for everyone. After all, can you imagine the world if the chains that all these services run on were to fall under the control of unsavory characters?" he reasoned, clearly pleased to see Tine's anger abating.

"These chains are on autopilot, Tine," he continued. "The founders launch them, they raise lots of Bitcoin, then they spend their time eating lobster and buying yachts. Meanwhile, the programmers get laid off to improve profitability. Then the bad guys start taking advantage."

Oak handed his empty food basket and beer bottle to the cleaning robot puttering about, and he pressed his case. "I'm providing a valuable service to the world. Innocent people suffer when chain security gets lax, and apps get compromised."

He then unrolled his laptop on the table and pointed out some numbers. "See how many security breaches we've already identified, described, and suggested remedies for? We always provide access to this spreadsheet for the chain operators. The information is free and extremely useful."

Tine finally asked the primary question on the imaginary list that she had created during the drive to Scheveningen. "Why did you contact me?"

"I needed someone to kill Naga Sib. You were the perfect choice." He inspected her face carefully for a sign that his flattery had some effect. "Next time, I'm not waiting until the last minute. I want you on the team."

"Sometimes we need help fending off others too," he countered. "You can help us with that. And no more KillNets. I promise."

"Others?" was all Tine managed to reply.

"I'm launching the newest version next week," he said as he placed an envelope on the table. "We could sure use your help, Tine," he said as he slowly inched the envelope toward her. When he stood up to leave, a serpent-head tattoo became partially visible on his arm, mostly covered by his sleeve.

"Don't miss this opportunity, Tine! If you're in, be on this plane Friday morning. If you need me, feel free to call me any time at voip:kinaree." With that, he winked, gave her one more warm smile and walked away.

The envelope contained a plane credit for a Bangkok flight. The cool breeze from the North Sea felt good, and she lingered, remembering events from her childhood. Tine sat for a couple minutes, gazing out toward the sea, letting the conversation sink in before she headed back to her car and instructed it to return home.

Next up? Your choice! The story will be decided by how many coins you send these LTBc addresses by the time I'm ready to submit the next installment.

Image credits: @rockbarcellos, editing by @cherapple, with encouragement from LTB readers like you!