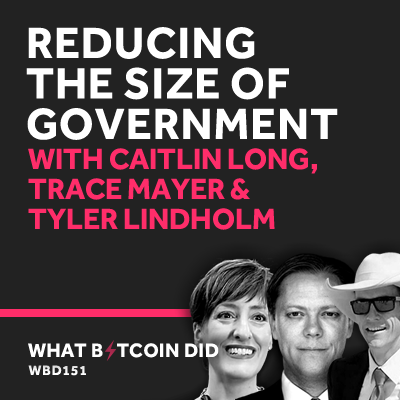 “Anybody that gets involved with politics, myself included, and anybody that I will ever support in politics has to be mad. Those are the people that I want. I want people that have got an axe to grind, they’re pissed about something. — Tyler Lindholm

With technology innovation, there is often a divide between those who embrace it and those who push back against it, especially when it challenges the state. Bitcoin is no different.

Countries like China and India have taken a harsh regulatory stance towards Bitcoin, effectively outlawing it. However, in the U.S, regulators have been more accepting of the technology but the laws that surround Bitcoin vary hugely from state to state.

New York implemented the BitLicense, requiring Bitcoin businesses to comply with a complex bureaucratic process. Many argue that this hasn’t improved the space or made it safer, but has deterred companies from operating there.

Wyoming, has seen this as an opportunity and over the past two years have implemented 13 laws to entice Bitcoin-based businesses to the state. While Wyoming is not a state you may consider a natural hub for tech-startups that is exactly what it is becoming, thanks to the libertarian principles of those in power.

In this interview, I sit down with Caitlin Long, Trace Mayer & Tyler Lindholm. We discuss the differences between state and federal laws, the states power to nullify federal laws, cannabis, guns and if U.S politics is really like House of Cards.