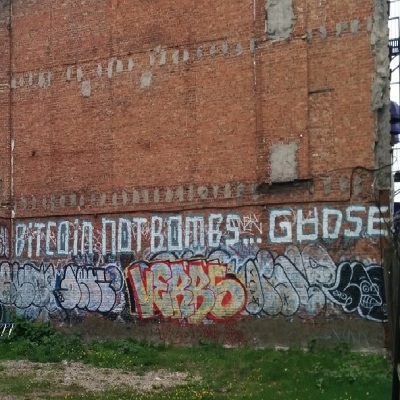 Brooklyn Graffiti Artist 'Gadse' and the Spread of Bitcoin 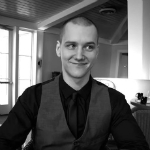 This article originally appeared on the blog of Kristov Atlas.

If you’ve spent any time in Brooklyn, you’re probably familiar with the works of Gadse. A typical intersection in the Bushwick neighborhood looks like this: 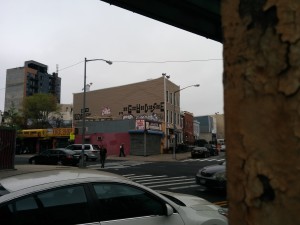 Graffiti in these neighborhoods is prevalent. Sometimes it is beautiful street art commissioned by building owners. Sometimes it’s a pointless scrawl of a word or name that serves as not much more than an eyesore.

Gadse’s work first caught my eye a few months ago when riding from Manhattan to Brooklyn. As I looked out the window of the train, I saw marked on the side of a building:

I was shocked and excited. Tags cover many buildings along the train line, but most of them are hardly crypto-libertarian slogans. As I spent more time in the area, I noticed more and more of Gadse’s tags, and observed a common theme. The tags were not exactly works of art, but presented a meaningful and coherent message that I had not witnessed in any other graffiti in the city. When Reddit user RockChain posted another Gadse tag on /r/Bitcoin that contained the word “Bitcoin,” I knew I had to find it for myself, and take some closer photos. 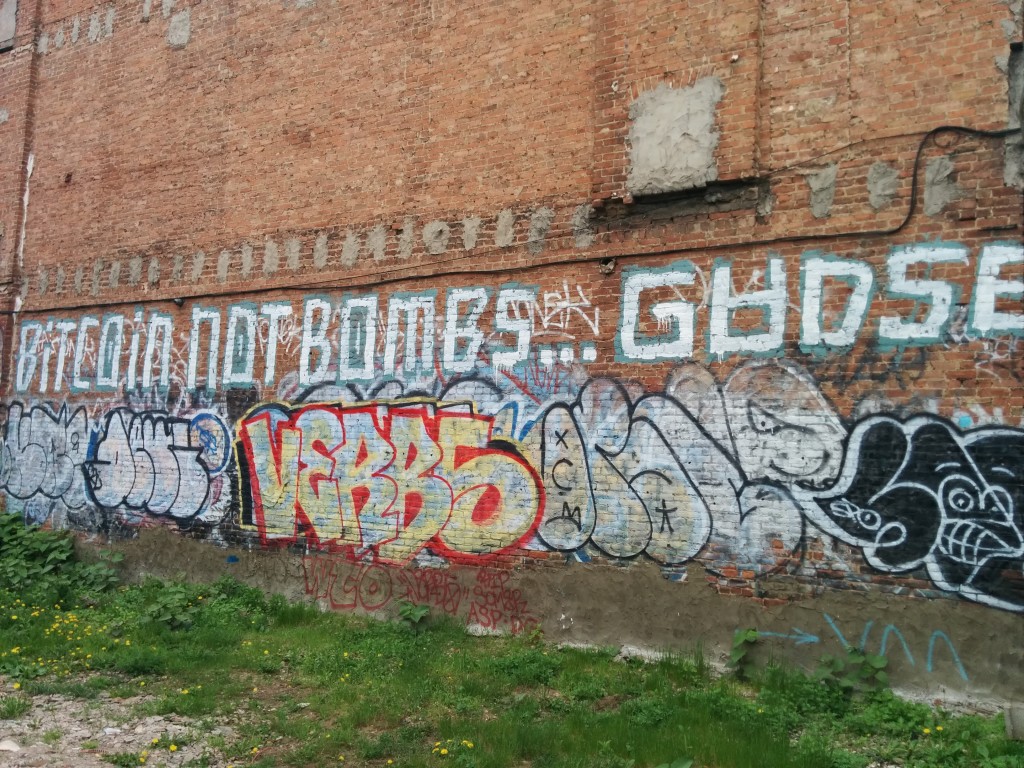 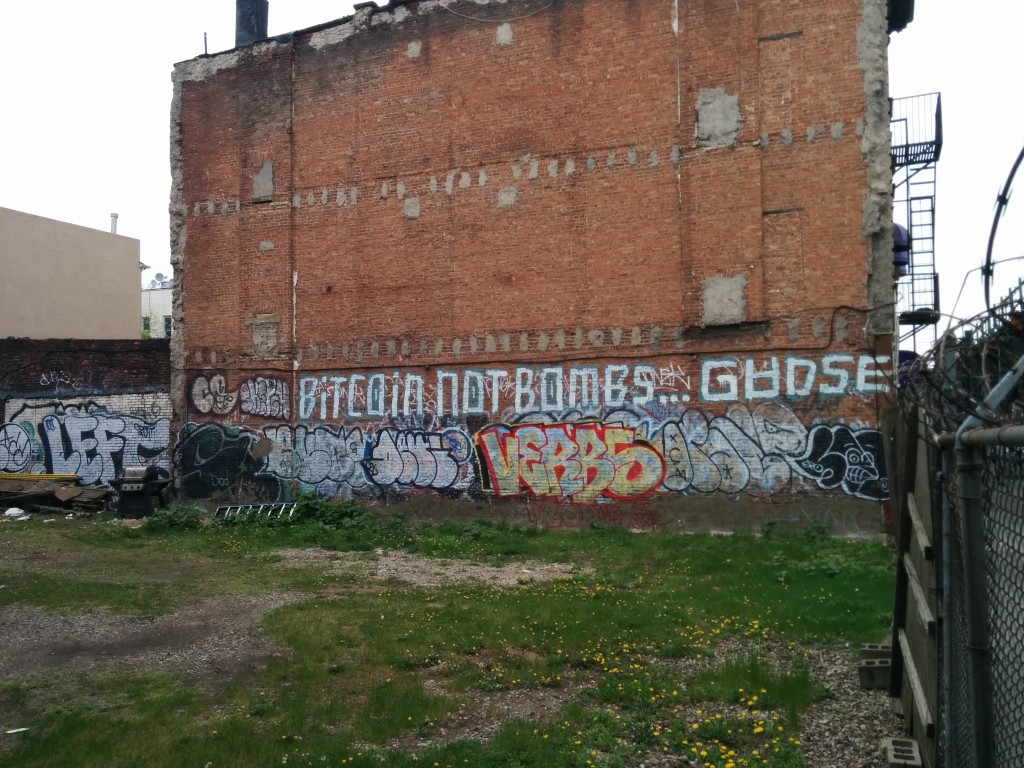 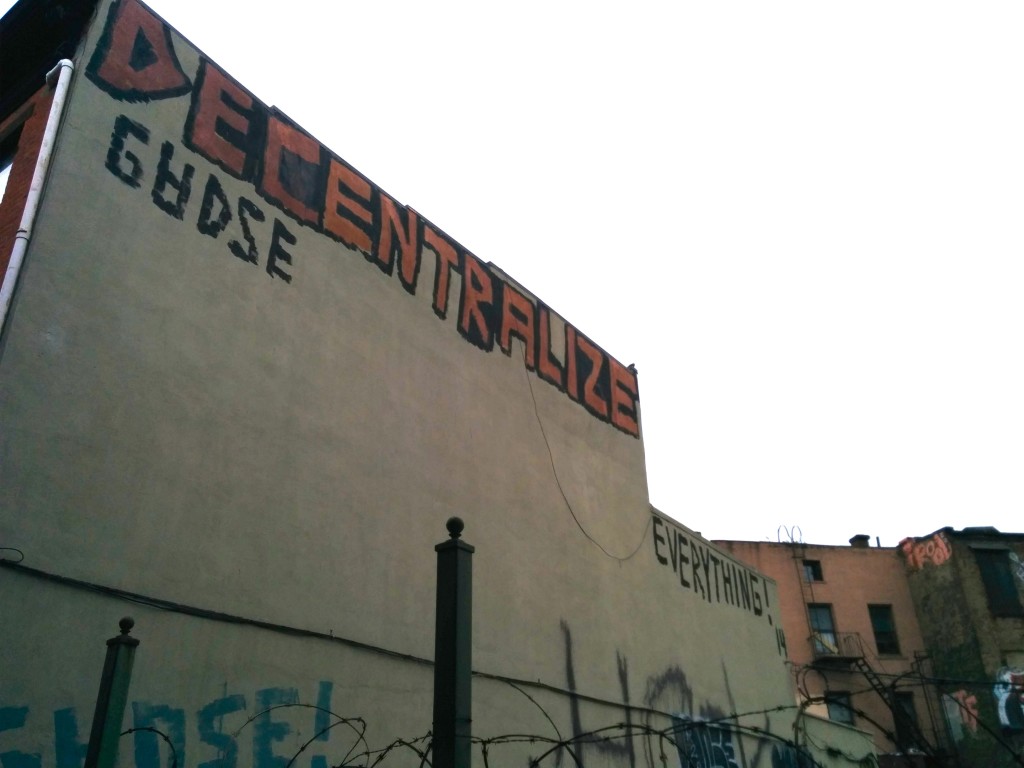 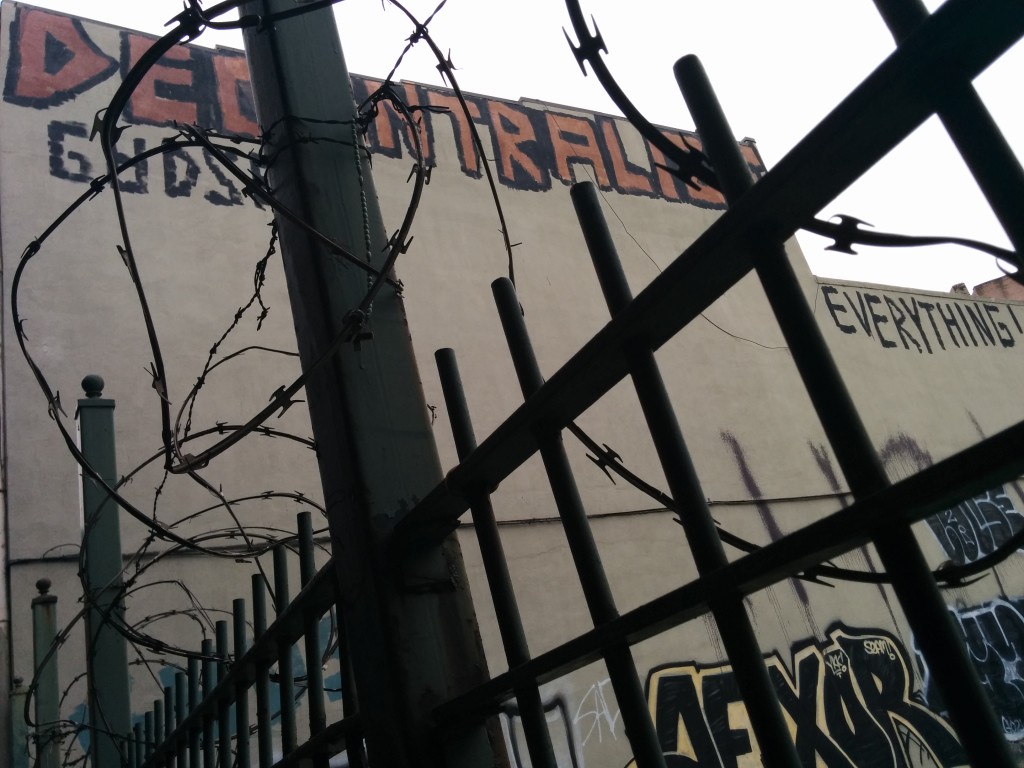 —Decentralize everything, behind barbed wire 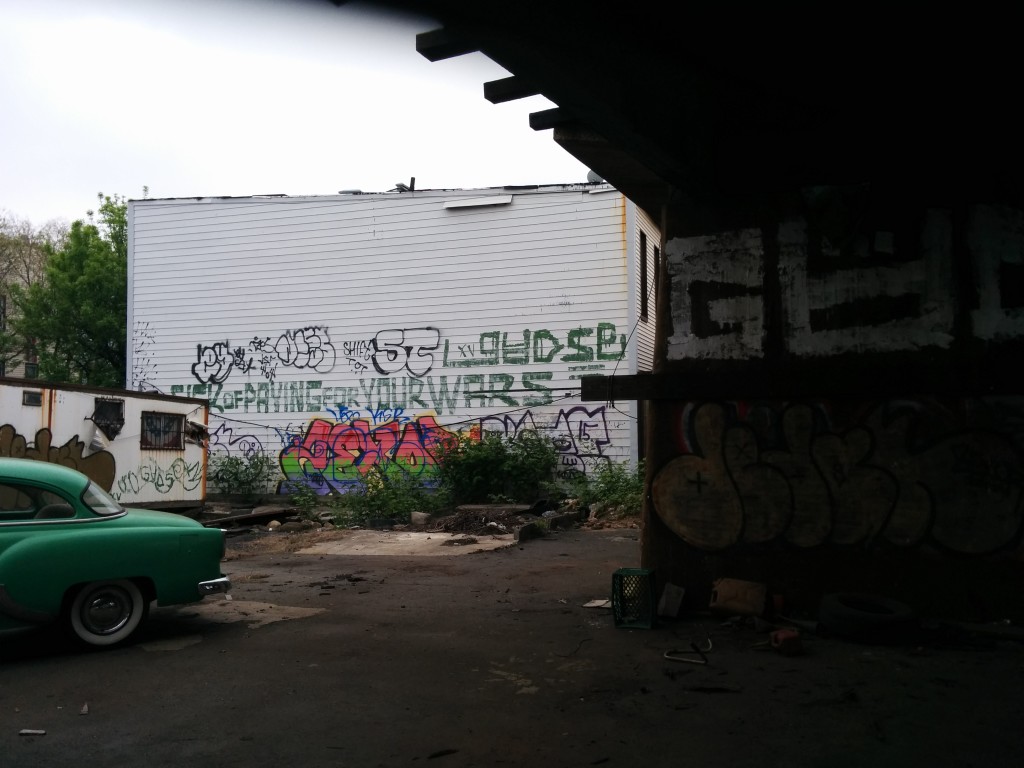 —Sick of paying for your wars 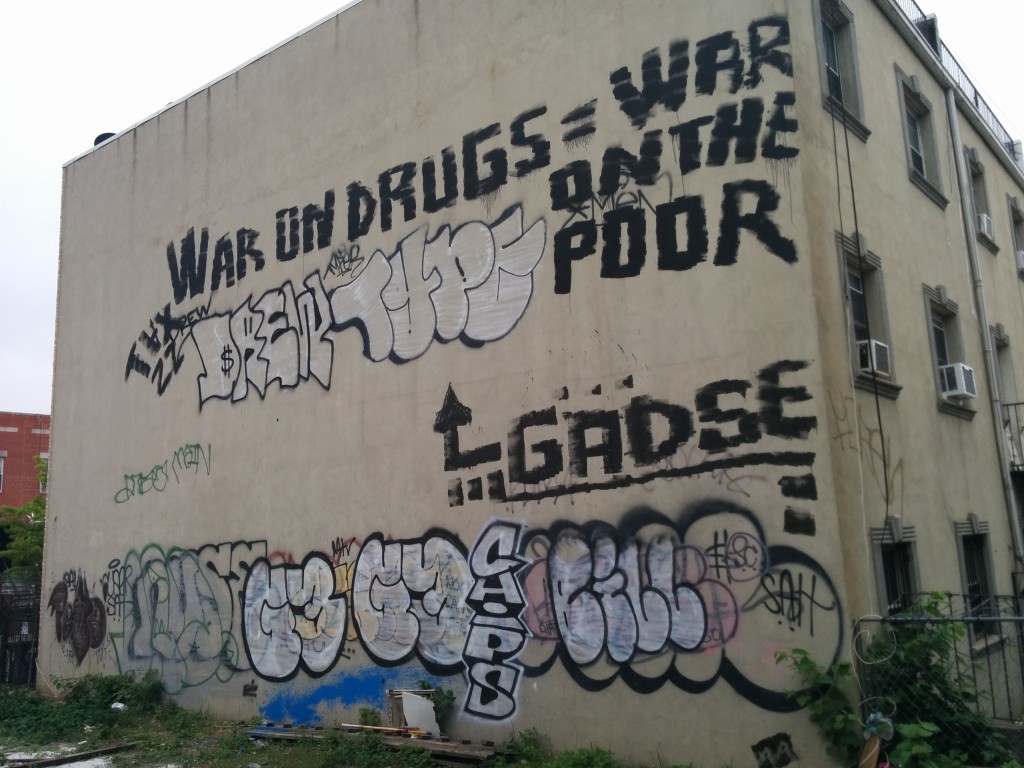 —War on drugs = war on the poor

I find these displays of graffiti thrilling on two levels. First, the majority of art that you see around New York city is bankrupt of meaning. The architecture, paintings, and street art I’ve seen have been occasionally moving, and often beautiful, but rarely pertinent to anything important. Saying important stuff is scary, and takes the kind of bravery that does not often coincide with artistic daring. Second, it is a little mind-blowing to consider that the kind of guy or girl who tags random walls is a fan of Bitcoin and decentralized technology. Graffiti artists often reflect the values of the marginalized — the kinds of people who I think Bitcoin will help the most around the world — but remains largely obscure to that population, so far as I can tell. Gadse’s displays to me are a very positive sign of the spread of crypto-currency awareness.

Searching around the web, I couldn’t find out much concrete information about the artist, as you might expect for someone who is probably illegally tagging buildings in plain sight around a city rife with police presence. However, looking at more photographs of Gadse’s work online, there is clear pattern of speaking out against totalitarianism, against the welfare state, and the police state. One might characterize the messages as libertarian (small ‘L’) in nature. Based on the snake that sometimes appears in the artists’ works, I would assume that the name refers to the Gadsden snake you see on “Don’t Tread On Me” posters and flags. Below are a few other photos I found online. 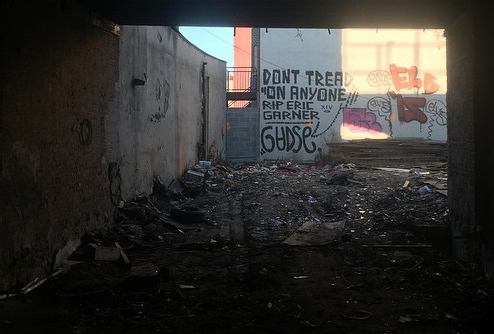 —Don't tread on anyone 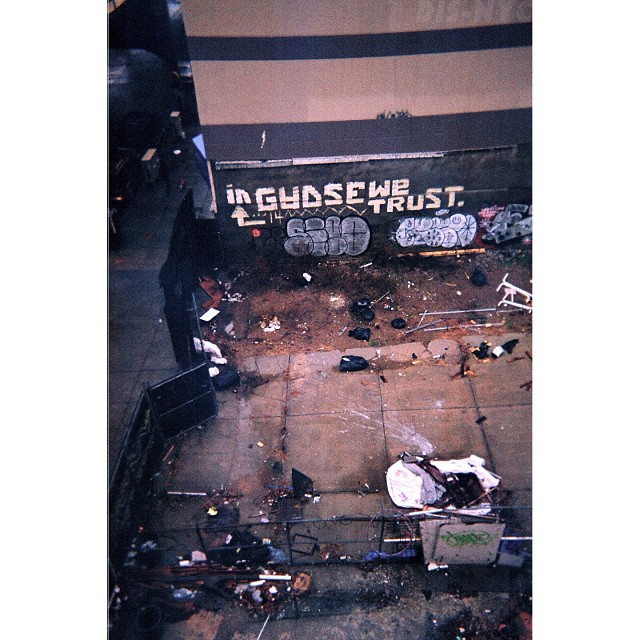 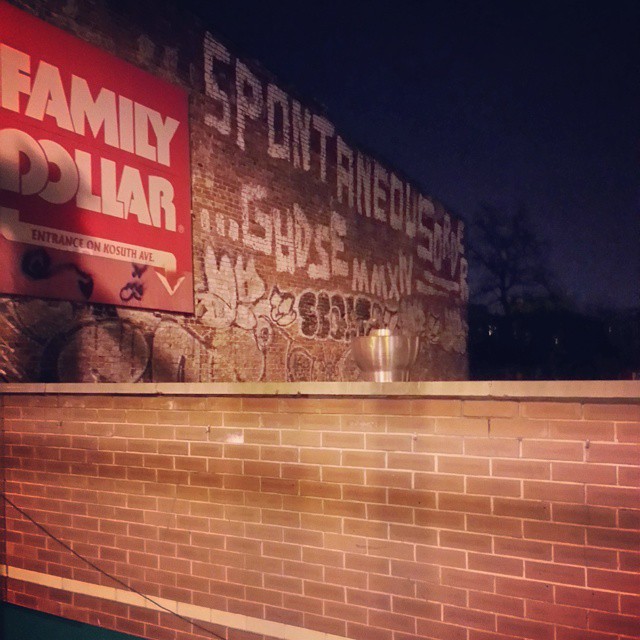 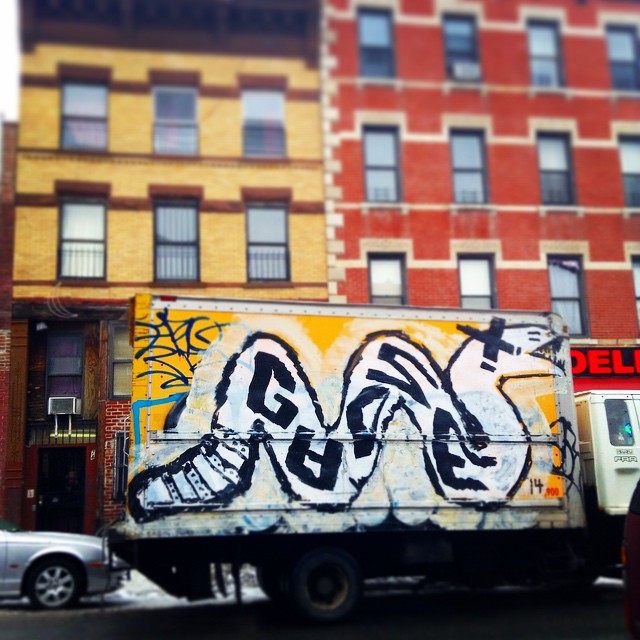 —Gadse snake on a truck 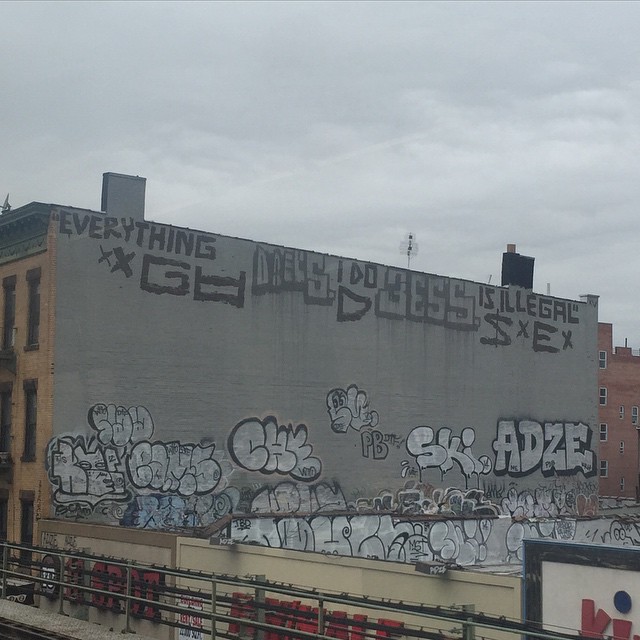 —Everything I do is illegal 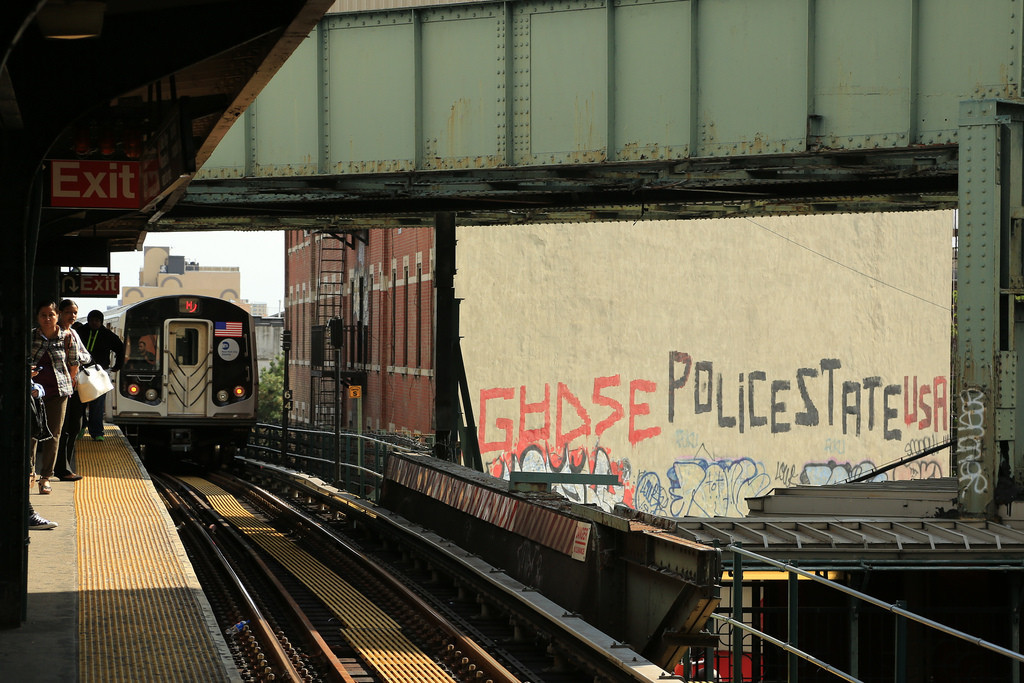 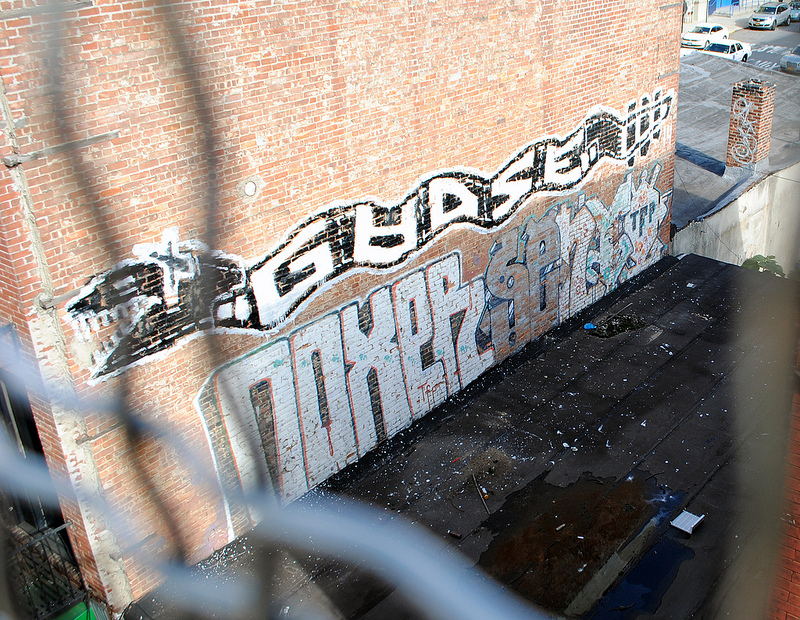 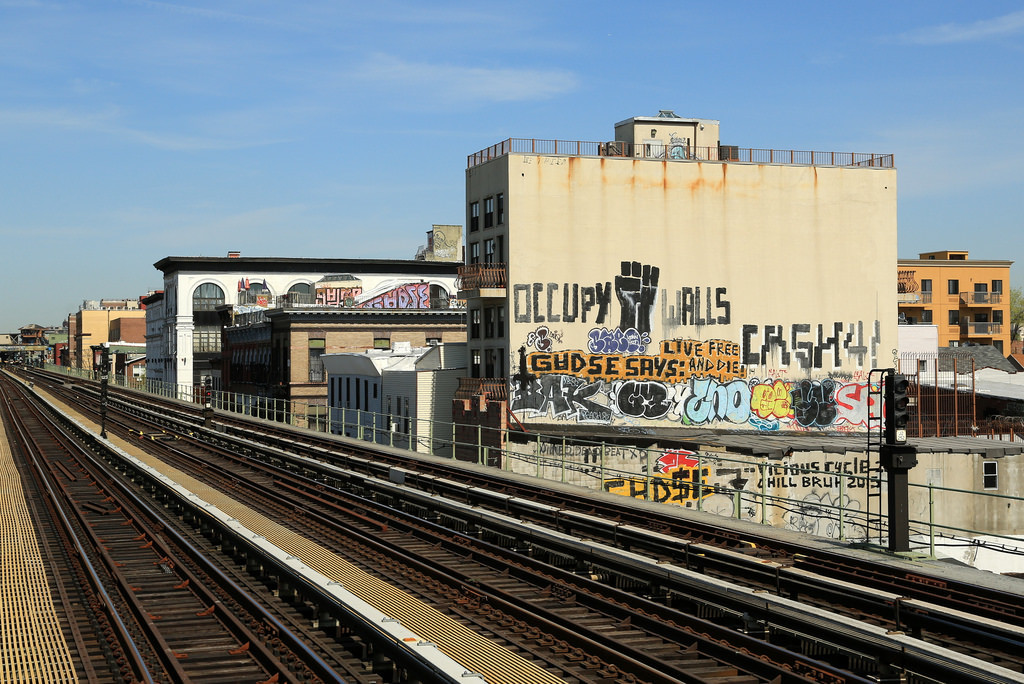 I am very curious to know more about Gadse. How did a graffiti artist become interested in these technologies and principles of thought? What motivates him or her to display these messages prominently around the city? Gadse, if you’re out there, hit me up, and I’ll buy you lunch.