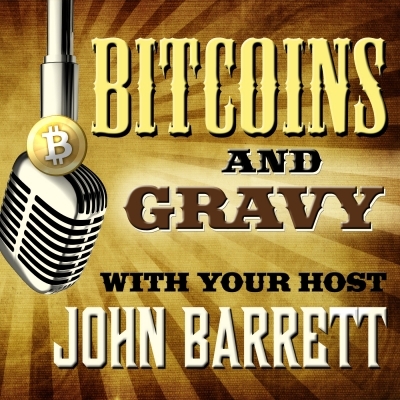 On todays show I travel to New York City to speak with Kevin Cruz. Kevin is a storyteller, a musician, a linguist, a writer, a blogger and an artist who was lucky enough to be contacted by Brawker and offered the chance of a lifetime  to live on Bitcoin for a month in New York City  all expenses paid! Kevins adventure takes him to the dentist for sparkling clean and shiny teeth, to a fancy restaurant with a beautiful woman by his side and to Broadway where he meets up with Aladdin and has an epiphany about people coming together to create something beautiful and great.

Also in this episode, in celebration of Columbus Day, I honor Christopher Columbus the world famous mariner, explorer, murderer, rapist and slave master. Well dig a bit deeper than our public school history books to find out the truth about how the early Spanish were the true terrorists in the Americas.

We also hear Reverend Johnny preach up a storm with his sermon: "Right Against Might" recorded at the Church of the 7 Day Absentist, Hoboken, New Jersey, May 25th, 2014. Used by permission of The Mighty God Almighty and Her Heavenly Hosts.

Daniel N. Paul - We Were Not the Savages

Interviews for this episode were edited and produced by John Barrett at:
The Tree House Studio - East Nashville, Tennessee.

And if you dont feel like contacting me, just kick back, relax and enjoy the show. I hope you enjoy listening to my guests as much as I enjoy talking with them!