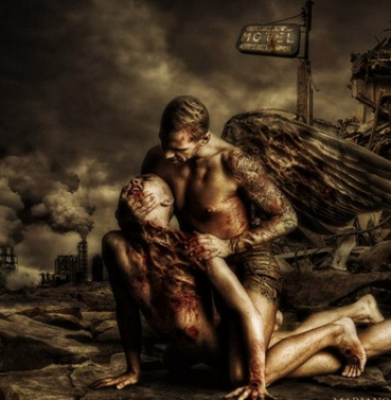 Bitcoins and Gravy #65: Men Will Be Angels?

On today's show I have the great privilege of speaking with Ian Panchevre. Ian is a political scientist from Yale whose primary studies include political theory and political psychology. Most recently, Ian has been researching the internal politics of the Bitcoin community. He's interested in both the "informal power networks" that have formed among miners and core developers, as well as the "formal power structures" like the Bitcoin Foundation. He will be self-publishing his research paper at the end of April. Beyond his studies in political science, Ian is a technology entrepreneur. His current business, Prepd, is building educational technology. Ian was recently offered deferred admissions to Harvard Business School and Stanford Graduate School of Business; he plans to enroll in business school in a few years. Ian is originally from San Antonio, TX.

Hidden in each episode of Bitcoins and Gravy is a Magic Word. I know that it may sound absurd, but listen for the Magic Word and you can earn LTBcoin! First set up a free account at LetsTalkBitcoin.com. Then tune in to your favorite LTB podcast and when you hear the Magic Word, don’t delay! Submit it to your account and by doing so you will earn a portion of the week's LTBcoin distribution. Setting up an LTB account has always been fast and easy... and now it’s profitable!!!

And a big thank you to the moral support from my friends at The Tennessee Bitcoin Alliance: TennesseeBitcoin.org

Hey yall! Leave me your questions, comments or suggestions about the show and please speak slowly and clearly. I would love to use your voice on the show and your feedback really is valuable to me!

And if you don't feel like contacting me - no worries! Just kick back, relax and enjoy the show! I hope you enjoy listening to my guests as much as I enjoy talking with them!