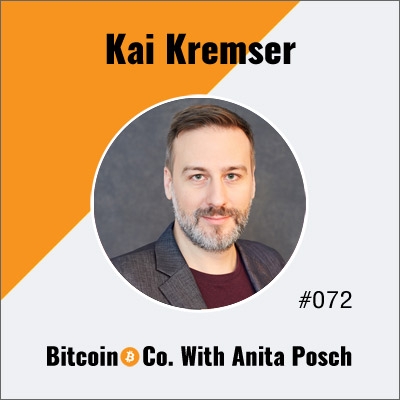 Today I am talking with Kai Kremser a fellow Austrian working for Coinfinity, Austria’s first Bitcoin broker founded in 2014. Kai, a former software developer, is the product manager for the Card Wallet, that is produced by Coinfinity and the Austrian State Printinghouse. Coinfinity and Card Wallet are my longest standing loyal sponsors. I am very thankful for their support, but this did not change the questions I was asking. We are talking about their products, but also touch more general questions for instance bitcoin adoption in Austria and changes in the perception and trading volumes of bitcoin in the last months.

“There’s definitely way more interest in Bitcoin. It started with the Corona virus situation where everything was kind of insecure. People didn’t know what will happen. And there lots of people that never talk to me about Bitcoin suddenly get interested in it when the economy started to crumble and stuff. So there were way more people inquiring it, not as a speculative asset, but, as a store of value or as a possibility to diversify their investments and their money, basically.” – Kai Kremser