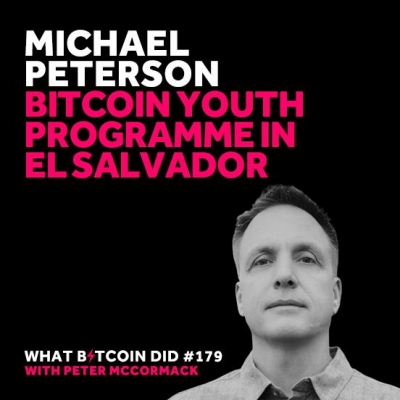 El Salvador is a country gripped by gang violence. It consistently ranks among countries with the highest murder rate per capita and is one of the deadliest countries in the American subcontinent. Gangs are prolific, and unlike other Central and South American countries, the drug route through Central America misses El Salvador, so instead, the gangs here turn to extortion and murder.

Jobs are scarce, and a considerable percentage of men leave the country in search of work, others are pulled into gang life, imprisoned or murdered. The breakup of the family and the difficulty of finding a job makes recruiting new gang members easy, perpetuating the gang culture.

Bitcoin Beach is trying to help. The organisation is building a Bitcoin economy in Punta Mango, a small beach town in El Salvador. Bitcoin Beach offers free Bitcoin classes and pays young people in Bitcoin to do work such as clean the polluted rivers and streets and stay in education. Local businesses are incentivized to accept Bitcoin, creating a local Bitcoin circular economy.

In this interview, I speak to Michael Peterson founder of Bitcoin Beach, to discuss the project, creating a Bitcoin economy, custodial vs non-custodial solutions and the gangs and violence that plague El Salvador.