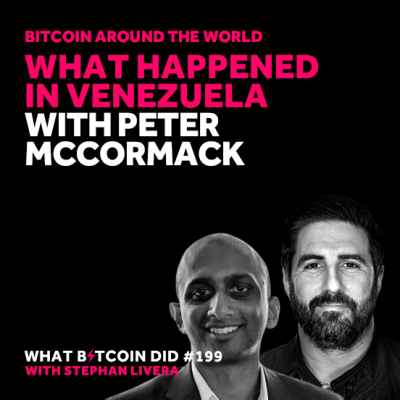 Project: What Bitcoin Did & Defiance

Venezuela is in the midst of a political crisis. For 20 years the country has been governed by the socialist party, led by Hugo Chavez from 1999 until his death in 2013. Following his death, Nicolás Maduro, his preferred successor, took control of the country following a much-disputed election.

Under Manduro, the economy and local currency have collapsed, with extreme hyperinflation reaching unprecedented levels. The inflation rate reached 69% in 2014, and by 2018 grew to an astonishing 1,698,488%, leading to significant growth in poverty, hunger and mass migration, with millions leaving the country to find work, food and medical supplies.

With the collapse of the Bolivar, many Bitcoiners, including myself, asked whether Bitcoin could help. Could Bitcoin reduce the impact of hyperinflation? Could locals mine Bitcoin at low energy costs to earn an income? I visited Venezuela to find the answers to some of these questions and asked fellow podcaster Stephan Livera to interview me about my experience. We discuss the realities of life in Venezuela and the myths and truths of Bitcoin adoption.