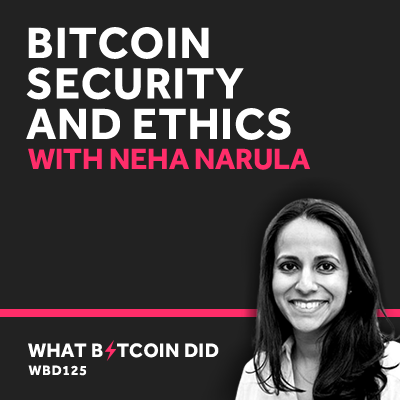 “I think Proof of Work is very risky, it’s amazing its been working in practice for 10 years.” — Neha Narula

The security of Bitcoin is one of the factors which gives it so much value, and after ten years there still hasn’t been a single counterfeit Bitcoin created, there has never been a successful 51% attack, and the few potentially catastrophic bugs have been fixed without any negative consequences. But how secure is Bitcoin? Is Proof of Work too risky? Can we trust those that are developing Bitcoin to do so with the right ethical judgement?

In this interview, I spoke with Neha Narula, the Director of MIT’s Digital Currency Initiative to talk about these critical issues. We discuss: