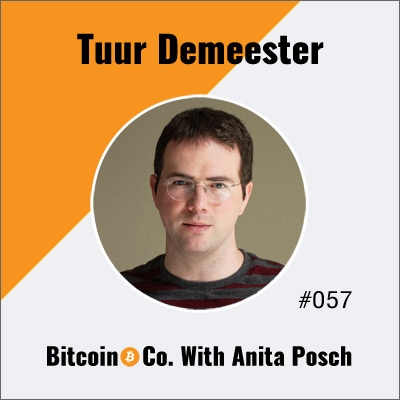 Today I am talking with Tuur Demeester, who recommended Bitcoin as an investment to his readers at $5 back in 2012. I would say Tuur is a philosopher with a greater perspective and an historical approach to today's developments. We discuss his findings in his paper "The Bitcoin Reformation". Published that at the end of 2019 he is drawing comparisons between the Dutch reformation in the 16th century and the emergence of Bitcoin in this century. This bring us to discuss COVID-19 and Tuur's thoughts on the impact of this crisis on the Bitcoin reformation and he tells us which assets will stay liquid and accessible. A Crash Course on Economics, Interest Rates, Debt and Inflation "What assets are going to be liquid and accessible? My analysis so far: I ended up with gold and bitcoin, I think those are the two likely assets that will still retain their value. And be actually usable." - Tuur Demeester

The similarities between the Dutch reformation and Bitcoin Who is profiting from the current financial system The Catholic church and Central Banks as rent-seeking monopolies Differences between the schools of Keynes and Austrian Economics Bitcoin lending Attacks on Bitcoin, Bitcoin Cash Money as a language The growing risk of hyperinflation Interest rate is the price of money His take on liquid and accessible assets in the future