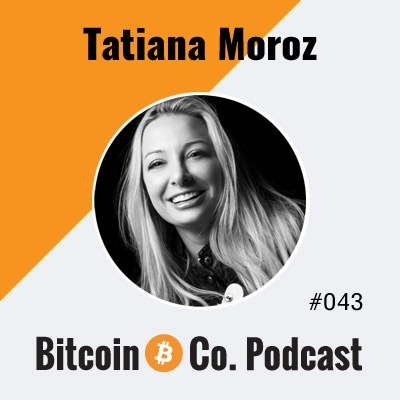 Tatiana Moroz is an American folk singer-songwriter, liberty activist, and peaceful revolutionary. She is in the Bitcoin space since 2012 and is pioneering creative autonomy and freedom as the creator of the world’s first artist cryptocurrency Tatiana Coin. Tatiana merges music with blockchain technology to renew the power of songwriters and creators. Her inspiring album “Keep The Faith” was released in 2017 and was funded completely with cryptocurrency. She wrote a song about Bitcoin, it’s called the “Bitcoin Jingle” and it is featured in this episode.