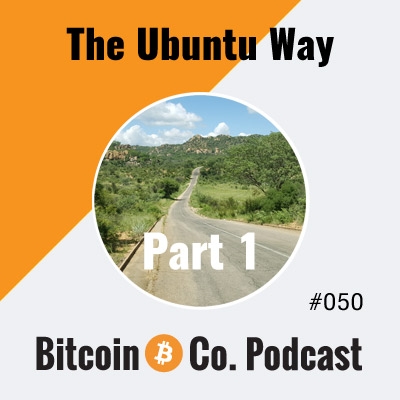 In this 1st part of the “Bitcoin in Africa” podcast documentary you get an insight about the current living situation of Zimbabweans and the countrys political history, which paints a picture about why things are how they are, as well as the state of human rights and free speech.

In February 2020 right before the quarantine and travel restrictions due to the Corona Virus pandemic started, I travelled Zimbabwe and Botswana to get a picture from the ground about the usage of Bitcoin in these countries. Zimbabwe and Venezuela are very ofted named as countries where Bitcoin could be making a difference, in supporting people’s economic situation. I wanted to see by myself, if this is true and in how far Bitcoin is known and used there.

Why did I visit Zimbabwe? I wanted to see with my own eyes how the living situation is for people and more importantly to research the usage of bitcoin. Bitcoin is in my eyes first and foremost not a speculative, trading object, where everything is about price. For me it’s a tool of liberation that enables individuals and communities to free themselves of tight restrictions by authoritarian or totalitarian nation states that harm people’s human rights. This has many faces. In the so-called western world, in countries with freedom of speech, safety and a high level of wealth, it is the possibility to free oneself from the banking system. The banking system has in the last 30 years in combination with national and global regulations evolved into a very strict system of surveillance and allowances. Where we – the majority people of integrity are being policed by the banks – because of fear of money laundering and terrorism finance done by the few. In conjunction with “surveillance capitalism” – a term coined by Shoshana Zuboff in her book well worth reading – surveillance capitalism – which is the permanent recording of all our digital traces on Facebook, Google and Co. – that are being used not only to comfort us with better search results and convenience, but also to manipulate our decisions and extort our data for money and higher profits. This has had disastrous consequences for democracy, freedom and our privacy. So in countries with high living standards, safety and a relatively good working banking system with a low inflation rate controlled by so called “independent” central banks, I would argue that governments try to regulate Bitcoin in the face of “money laundering and financing terrorism” – while in countries like Zimbabwe Bitcoin has to be tamed or controlled by the governing elite, because of the possibility for more “human rights and freedom” for its citizens and their loss of power.