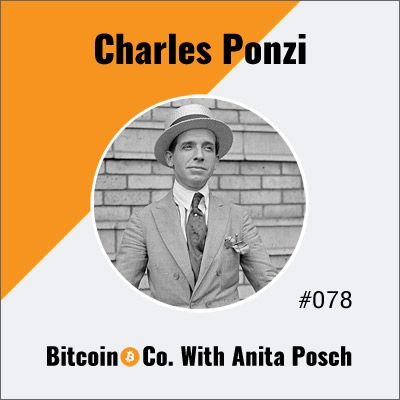 Bitcoin & Co. - Is Bitcoin a Ponzi Scheme? The Story of Charles Ponzi

Wondering what a Ponzi scheme is? Somebody told you Bitcoin is a Ponzi scheme? Listen to this episode of "The Context" where I tell the story of Italian born confidence trickster Carlo Ponzi. In 1920 it took him only nine months to defraud thirty thousand investors, who believed in getting rich quick, collecting 20 million USD in total. Ponzi promised 50% return on their investment in three months. His arrest in August 1920 brought down six banks and Ponzi’s investors were practically wiped out. In 1957, the Encyclopedia Britannica – the Wikipedia of it’s time – formally acknowledged that Ponzi's name had become synonymous with swindle. The "Ponzi scheme" officially had a name. In this podcast episode you will also learn, why Bitcoin is not a Ponzi scheme.